No, The Mt. Gox Sell-Off is Not to Blame for Market Dip

The cryptocurrency market is currently in the midst of an apparent crisis, with Bitcoin down over 20% in the last 7 days, Ethereum down 31%, and virtually all altcoins following suit. 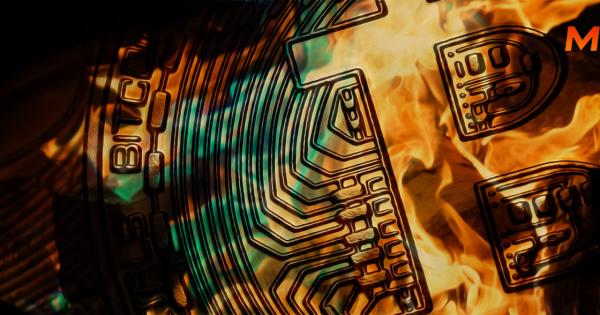 Photo by Chris Rhoads on Unsplash

The cryptocurrency market is currently in the midst of an apparent crisis, with Bitcoin down over 20% in the last 7 days, Ethereum down 31%, and virtually all altcoins following suit. The current bearish market sentiment has catalyzed a sell-off that has exacerbated the drop and sparked endless discussion on the root cause of this recent reversal.

One of the most popular running theories regarding the current crash is that Bitcoin’s recent price depreciation is the due solely to the recent “Mt. Gox sell-off”.

Several high profile occurrences have rocked the crypto news cycle of late, including the US SEC’s decision to issue subpoenas to several initial coin offerings, ongoing drama with Mt. Gox funds, a blanket ban on crypto ads by Google and Facebook, and a US congressional hearing on crypto regulation.

No single event can be attributed to the recent drop, however — in fact, the blockchain ecosystem has recently experienced strong signs of growth such as the implementation of the Lightning Network scaling layer on the Bitcoin blockchain mainnet and the strengthening of partnerships between incumbent financial institutions and cryptocurrency platforms.

While bull runs are often met with widespread celebration throughout the cryptocurrency community, they often aren’t analyzed — many cryptocurrency investors are happy to watch their assets appreciate without questioning why.

Downward trends, however, are met with intense scrutiny, which often leads to pareidolia. The crypto community’s latest case of mistaken identity is the sell-off of Mt. Gox assets, which is being blamed for Bitcoin’s sharp drop over the last few weeks.

For the uninitiated, Mt Gox was one of the first large-scale cryptocurrency exchanges online and experienced a significant hack in 2013 that resulted in the loss of 850,000 BTC — almost 3.5% of all Bitcoin that will ever be created — and the subsequent bankruptcy of the platform.

The trustee managing Mt Gox bankruptcy capital, Nobuaki Kobayashi, has recently liquidated a significant amount of the BTC held by the Mt. Gox bankruptcy estate without permission of the Japanese court in which legal proceedings around the case are ongoing, selling between 35,841 BTC and 34,008 BCH on live exchanges in order to begin paying the JPY 45.6 billion($430 million USD) in claims from Mt. Gox creditors.

The pragmatic move has sparked controversy in the cryptocurrency community, as although the current BTC holdings of the Mt. Gox bankruptcy estate at current market rates exceed the total outstanding debts, creditors are arguing that they should be receiving equivalent product — i.e., Bitcoin — rather than the equivalent exchange value of their lost assets at the time of the hack.

The primary concern the cryptocurrency market has with the sell-off of these assets — which has been reinforced by several elements within cryptocurrency news media — is that the introduction of the assets to the market has resulted in the overall depreciation of Bitcoin.

Recent analyses of Bitcoin price movement before and after Kobayashi’s BTC sales, however, demonstrate that only 8,000 BTC have been sold by the Mt. Gox bankruptcy estate in total, which is less than the number of Bitcoin traded within a 10-minute time frame in the current market.

A basic analysis of the economy of Bitcoin mining reinforces the fact that the sale of 8,000 BTC would exert a negligible influence on the market: roughly 75 BTC are awarded every hour, which works out to 1,800 BTC on a daily basis, or roughly 12,600 BTC every week.

As Bitcoin mining is now becoming extremely expensive, it’s highly likely that if any party is “flooding” the market with BTC and lowering values, it’s mining organizations — not the Mt. Gox bankruptcy estate.

Kobayashi, in a recent question and answer session, has stated that the sell-off was conducted with the assistance of cryptocurrency experts in order to minimize the impact on BTC prices:

“Following consultation with cryptocurrency experts, I sold BTC and BCC, not by an ordinary sale through the BTC/BCC exchange, but in a manner that would avoid affecting the market price, while ensuring the security of the transaction to the extent possible. Therefore, I believe that the sale of BTC and BCC by us did not affect their market prices.”

The current market state could be caused by any number of factors, from a fake cryptocurrency warning email disseminated to PayPal users, to potential market manipulation from Wall Street whales.

It definitely is not, in my opinion, a product of the sales of Mt. Gox bankruptcy estate assets.