With less than 313 days to go until the next Bitcoin halving, traders and investors are expecting a “supply shock” as the network’s supply of coins reduces in half. 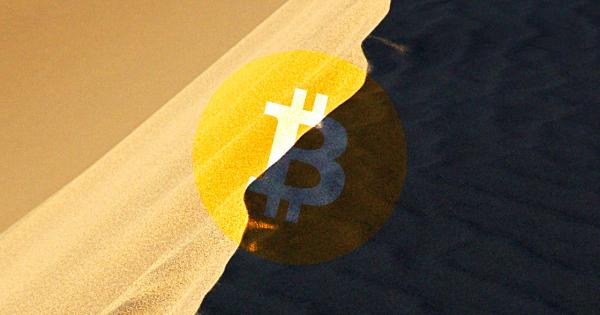 With less than 313 days to go until the next Bitcoin halving, traders and investors are expecting a “supply shock” as the network’s supply of coins reduces in half. Next May’s halving will not only cut the inflation rate down to 1.8 percent but also skyrocket the global demand for Bitcoin.

Bitcoin’s astronomical rise this year has been powered by many different factors, with most of the community unable to agree on what exactly propelled the coin to break through the $13,000 barrier earlier this week.

While many believe a rally was inevitable, others believe Bitcoin’s rise has been fueled by FOMO. In May 2020, the Bitcoin network is expected to halve, which means that the rewards for bitcoin miners will reduce by half. Currently, the reward for every successfully mined block is 12.5 BTC or around $163,000 at current prices. Next year, the reward will reduce to just 6.25 BTC.

The halving happens at intervals of 210,000 new blocks, or roughly once every four years. The last two halving events happened in 2016 and 2012. Prices remained relatively stable, with the exception of a sharp 50 percent price rise a few months before the 2016 event.

However, the market has seen huge changes since 2016, with the eyes of the whole world now pointed at Bitcoin. Traders have already started getting antsy about the event and the anticipation of a huge spike in price has already started to push Bitcoin’s price upwards.

Bitcoin’s inflation rate to rival that of central banks

Another major side effect of the halving is the reduction of Bitcoin’s consumer price inflation rate. The rate will go down from the current 3.76 percent to just 1.8 percent. And while this information is often overlooked, it represents a major milestone in the global financial system.

Rhythm Trader, a cryptocurrency analyst, pointed this out in a Jul. 9 tweet, saying that this was a huge moment in financial history. The 1.8 percent inflation rate will not only be lower than the 2 percent inflation target set by central banks, but it will also rival gold’s supply rate yearly increase.

Bitcoin's inflation rate will be cut to 1.8%.

Why is that important?

It will be lower than central banks target of 2% inflation and even with gold's supply rate yearly increase.

A huge moment in financial history. ?

This was very well received by the crypto community, with many users on Twitter saying that Bitcoin will shape the future financial markets. This means that Bitcoin’s inflation rate will be lower than that of the U.S. dollar, the Chinese Yuan, the Russian Ruble, and the Indian Rupee.

Unlike most fiat currencies, whose inflation rates are very fragile and set yearly, Bitcoin’s own inflation rate will remain unchanged for the next four years, giving people a sense of stability they couldn’t count on in traditional financial systems.

As more and more people put their money into Bitcoin, it could become the main store of value against inflation in the next couple of years.