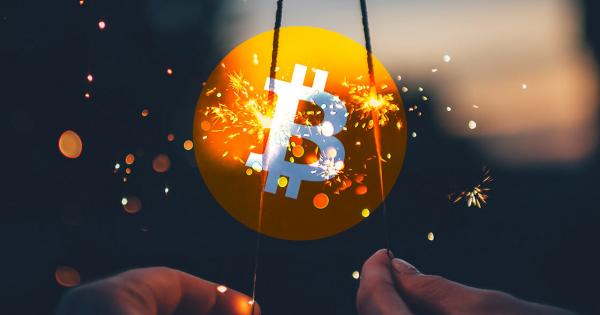 Recent Bloomberg data revealed that spikes in weekend trading activity since May accounted for 40 percent of Bitcoin’s price gains this entire year. With crypto exchanges operating 24/7, and short term traders using Saturdays and Sundays to get ahead of the competition, weekends have become a Wild West for the crypto market.

No rest for the cryptocurrency markets

While traditional stock markets see all activity halt on Friday afternoons, crypto trading is a world of its own. As cryptocurrency exchanges are open 24/7, 365 days a year, and moving cryptocurrencies do not require human facilitation—trading can truly happen around the clock.

A recent report found that some of the biggest spikes in the price of Bitcoin happened during the weekend—including the infamous ATH Bitcoin saw on Saturday, Dec. 17, 2017. According to data compiled by Bloomberg researchers, surges in weekend activity since the beginning of May account for about 40 percent of Bitcoin’s price gains this year.

It’s hard to say what factors cause investors to trade on the weekends. David Tawil, the president of ProChain Capital, a crypto-focused hedge fund, thinks there are several different, but interconnected reasons why the crypto market seems to go crazy on Saturdays and Sundays.

Retail investors using weekends to get ahead of the market

Tawil believes that more experienced traders expect most market-moving announcements to be made on Mondays, which is why they try and stay ahead of the game by trading on weekends. He called this “front-running the news cycle.”

Hunter Horsley, the CEO of Bitwise Asset Management, believes that it’s retail investors that actually move the market. He explained that they often spend the weekend discussing the latest developments in the industry, which moves them to trade the underlying tokens. He told Bloomberg.

“The market is, by and large, retail individuals and I think that weekends are a time when those people have more free time to read the week’s news, to chat with friends, to pitch friends on exciting things they heard about during the week.”

Others, like Bloomberg Intelligence analyst Mike McGlone, the international operations lead at Decred, believe that most spikes are recorded on weekends as there are fewer people trading altogether. Zeppettini explained that most of these trades happen when banks are closed, which leads to exacerbated price movements.

McGlone agreed with the statement but added that it could also be that “sophisticated traders” in Asia are picking the path of least resistance to profit.

Although the longer-term indicators point to the beginning of a bullish trend that could take BTC to new all-time highs, the shorter-term timeframes indicate a Bitcoin correction is overdue.

Prior to the 2016 presidential election, there was a lot of speculation about what would happen economically if Donald Trump won the presidency.