The value of the Bitcoin network is at all-time highs based on the average price holders paid for their coins. The metric used, realized market capitalization, is also a surprisingly effective indicator for predicting BTC market tops and bottoms.

Market capitalization has several deficiencies. Large quantities of coins that are lost, unrecoverable, worth less than the associated transaction fees, or merely held by unshakeable holders, still impact a crypto-asset’s capitalization.

One notable example is addresses associated with Satoshi Nakamoto, the anonymous creator of Bitcoin. Satoshi Nakamoto is said to hold 980,000 BTC based on analysis of the early Bitcoin blockchain—5.5 percent of the current supply and 4.7 percent of the maximum supply. These coins are largely considered lost but are still factored into market capitalization.

In contrast, realized market capitalization—the value of all coins in circulation at the last price moved (using UTXOs)—provides an approximation for what people spent on their BTC in aggregate. Invented by the Coinmetrics team members Nic Carter, Pierre Rochard, and Antoine Le Calvez et. al., it weighs coins based on their actual presence in the Bitcoin economy.

As put by Coinmetrics co-founder Nic Carter, it can be described as an on-chain volume-weight average price of BTC.

“Another way is seeing it as an indicator of the sum of levels where groups of long-term, legit, buyer-hodlers entered into their Bitcoin positions, with local and immediate emotions and manias stripped out,” described Murad Madmudov and David Puell, analysts from Adaptive Capital.

As said before, this means the total value of the Bitcoin network, based on actively circulating Bitcoin, is higher today than in any other point in history. Extrapolating from that, the price each holder paid for their Bitcoin is also nearing highs. This is more evident when using a derivative of realized market capitalization—realized price.

Based on this data, the average holder paid $5,180 for each of their BTC. Realized prices have yet to hit all-time highs due to the expanding Bitcoin supply since the 2017 bull market. From the market peak on Jan. 5, roughly 648,000 new Bitcoin have been introduced into circulation via mining—a 3.78 percent expansion to the coin supply.

Realized market capitalization and its derivatives can be used as a highly effective trading indicator, similar to NVT. As first theorized by Carter and several other analysts, historically, when used in conjunction with other data, realized market cap reliably predicted market bottoms and can be used to estimate market tops.

A strong indicator of market bottoms is when the current BTC price is lower than the realized BTC price (approximately the average price paid per coin).

As first observed by Nic Carter:

Another more sophisticated indicator is an oscillator found by dividing market value by realized value—MVRV. Created by Murad Mahmudov and David Puell, the ratio historically identified when the market was overbought or oversold.

MVRV, and realized market capitalization in general, embody a dichotomy in the crypto markets. As put by Mahmudov and Puell, it helps identify speculators versus hodlers, high time preference versus low time preference, and irrational exuberance versus uncertainty.

Realized market capitalization shows that investor’s confidence in the value of the Bitcoin network is growing—and will likely continue to do so. Furthermore, remaining aware of this indicator may help the savvy investor determine when the next phase of accumulation will begin. 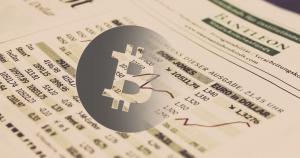 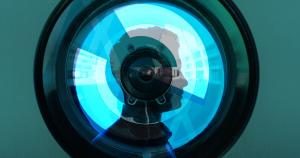 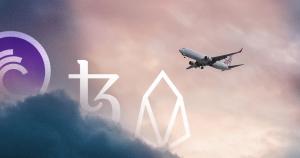 Like what you see? Get more realized capitalization news in your inbox