NEO and Ontology enter partnership to work on next-gen internet

China’s leading public blockchain projects, NEO and Ontology, will be working together on establishing the foundation for next-gen internet. 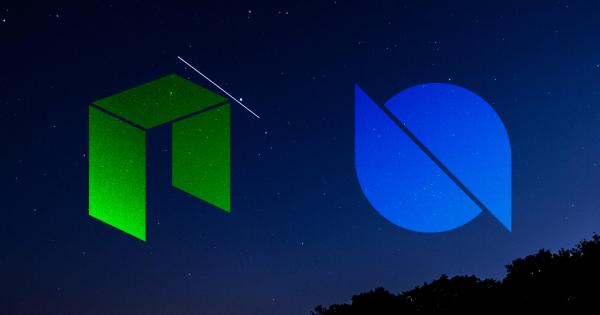 China’s leading public blockchain projects, NEO and Ontology, will be working together on establishing the foundation for next-gen internet. In a press release shared with CryptoSlate, the companies said that the partnership will focus on building an open cross-chain platform.

Blockchain development had just gotten turbocharged in China, where two of the country’s leading public blockchain projects announced they have entered a partnership. NEO, dubbed the Chinese Ethereum, and Ontology, a product of NEO’s parent company, OnChain, will be working together on establishing the foundation for next-gen internet.

According to a press release shared with CryptoSlate, the companies plan on leveraging both parties’ strengths to create an efficient and inclusive interoperability protocol. Da Hongfei, the founder of NEO and founder and CEO of OnChain, said that the company looked forward to working with Ontology to deliver real-life solutions and uses for blockchain.

Li Jun, the founder of Ontology, echoed his statement, adding that the partnership will not only benefit both companies’ technology and community, it will also accelerate the development of blockchain in general.

The companies’ interoperability protocol is said to be “groundbreaking” and will include features like enhanced security and low barrier of entry. The protocol will also focus on cross-chain smart contract interactions to expand the scope of dApps hosted on the network. However, the protocol will not issue tokens and will not include a dedicated smart contract system to ensure an eco-friendly approach to member chains.

To fully deploy the capabilities of their interoperability protocols, both NEO and Ontology will have to introduce changes to their strategic focuses, the companies’ said in the joint press release. NEO will shift its focus solely on developing protocols and components that support a full spectrum of digital assets. Parallel to that, Ontology will continue its work on building a future-proofed, decentralized identity framework.

This is not the first time the two companies have worked together. The NEO Foundation and Ontology Foundation have joined forces back in 2018 to improve the development of API standardization, a sharing ecosystem of smart contracts, building open standards for smart contracts, and cross-chain technology innovation.

The platform is scheduled to go live in Q4 2019, while the whitepaper showcasing its interoperability solution will be released in Q3, the companies said.

Introduction to NEO – An Open Network For Smart Economy

Formerly known as Antshares, NEO is reinventing commerce with blockchain technology by creating a smart economy in which businesses and governments will be able to digitize assets and automate their management. Often referred to as the “Chinese Ethereum,” NEO is a distributed network that combines digital assets, digital identities, and smart contracts. 8 min read

2018’s bearish bloodbath took a heavy toll on the market cap of many tokens, but the defiant Ontology project has bucked the trend. 7 min read