Having recently experienced a price surge brought on by news about the development of an app for the WeChat ecosystem, NEM (XEM) is riding high alongside other top-performing cryptos. 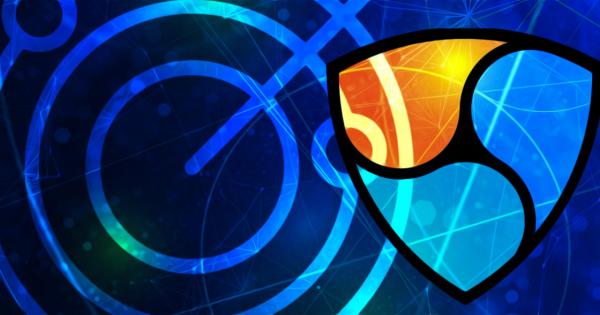 Having recently experienced a price surge brought on by news about the development of an app for the WeChat ecosystem, NEM (XEM) is riding high alongside other top-performing cryptos.

The recent NEM price rise has seen it jump to the 10th position on the crypto rankings and generate strong interest within the community. At press time, the crypto was trading at $0.47 against the USD, which is a gain of more than 65% over the past week.

What Exactly is NEM?

NEM is one of the oldest crypto assets on the market. The project first came into existence in 2014 and unlike most other tokens that are sold on ICOs, its XEM coins were mostly airdropped for free.

With security being one of its strengths, NEM is built on a modular design that makes it more secure from DDOS attacks and hacks.

For example, its blockchain employs a concept known as “Node Reputation System” to detect suspicious activity. This system is based on machine learning and uses the network nodes’ past normal behavior to identify a deviation and employ countermeasures to prevent attack. This framework is certain to inspire confidence among developers and is a contributing reason for its rising popularity.

NEM also utilizes something it calls “Supernodes” to offer limitless scalability and transaction speeds. The model takes the payment aspects of the blockchain technology and applies them across other technological infrastructures.

NEM also allows programming on its blockchain in any language of choice – making it very developer-friendly.

NEM has built a technology called the Smart Asset System – which allows one to build a wide variety of decentralized applications, such as tracking logistics, an ICO, document notarization, authentication services and much more.

Despite a 6000% year-to-date growth, NEM had a volatile second half of the year. After achieving a record high of $0.29 USD in Q1 2017, NEM experienced a sharp correction that saw it plummet to $0.09 USD. Shortly after this, it again ascended to $0.34 USD and then again fell back to $0.20 USD. It has spent most of the year around this price range before the most recent rally.

When the WeChat app was first announced, there was some confusion within the community about whether this was a partnership WeChat itself or they were simply developing an app. The official report is that it is not a partnership but instead the announcement of an app for the WeChat ecosystem.

This confusion, combined with a sharp drop in trading volume ($400M to <$100M) led the price to fall from a high of $0.63 USD to a low of $0.33 USD on Sunday. Short-term trading aside, NEM may be able to ride the overall market tide for many months to come.

Note: After the successful launch of Bitcoin futures on Sunday, the entire cryptocurrency market has rebounded and NEM is up 25%.