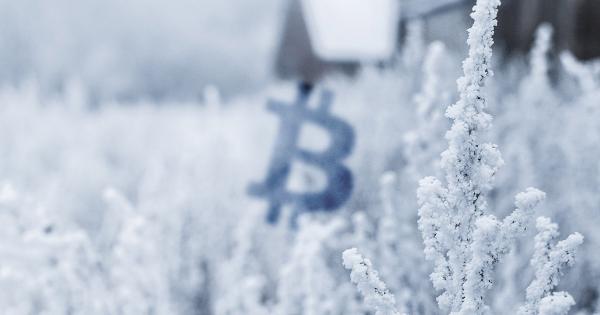 San Francisco-based crypto exchange Coinbase is reportedly holding nearly 1 million Bitcoin (BTC) in its cold storage wallets. While digital currency exchanges have been known to fake trading volume, it appears that the amount of funds held in offline storage provides a better picture.

Coinbase is currently holding 983,706.78 BTC, or presently over $8.4 billion, in its cold wallets. Digital asset exchange Huobi has climbed from the fifth spot to second-place this year with almost 360,000 BTC residing in its offline wallets.

Coinbase continues to custody the largest amount of BTC

An analysis of on-chain transactions has been used to determine the amount of Bitcoin held by each exchange. While these figures might not account for all cold wallet addresses, they most likely give us reasonably accurate estimates.

Chain.info data confirms that Coinbase continues to custody the largest amount of Bitcoin. The leading crypto-asset exchange also has the highest number of BTC addresses at 2,057,510.

The trading platform’s Bitcoin holdings have increased significantly during the past year. Despite fluctuations in the BTC price, the majority of Coinbase users continued to accumulate Bitcoin throughout 2019.

The substantial increase in BTC holdings might be due to Coinbase’s institutional traders, who could be planning to make long-term investments, without reacting to short-term price fluctuations.

Malta-based Binance, one of the world’s largest crypto exchanges, managed to maintain its second position for the majority of 2019. However, it has now fallen to the third position on Chain.info’s list. Meanwhile, Hong Kong-based Bitfinex is currently ranked fourth and holds over 192,000 Bitcoins.

PlusToken scammers may have sold large quantities of BTC on Huobi

Bitstamp, Kraken, and Bittrex occupy the sixth, seventh, and eighth positions respectively and have held roughly the same amount of BTC throughout 2019.

Coin Metrics data revealed last year that large amounts of Bitcoin and Ether (ETH) were sold on Huobi by the PlusToken scammers, who orchestrated a multi-billion dollar Ponzi scheme by targeting Chinese investors. Chainalysis also managed to trace transactions related to the PlusToken coins to several large over the counter desks.

The native tokens of several major exchanges including Binance’s BNB, OKEx’s OKB, and Huobi’s HT token had a strong Q1 2019 performance against Bitcoin, registering more than  100 percent gains against the flagship cryptocurrency. But toward the end of last year, most of these gains had been lost.

Cold wallet BTC holdings and exchange token prices of Huobi and OKEx experienced a substantial increase, meanwhile, Binance and Bitfinex’s token prices remained fairly flat, indicating that there could be some correlation between BTC and these native exchange coins.

Former Coinbase VP: we moved billions of dollars into Bitcoin “in large part because of Plaid”