A tweet by Bitfly, the parent firm of Ethereum mining pool Ethermine, stirred up debate over the weekend after the firm revealed miners are voting to increase GAS limit from 10,000,000 to 12,500,000 each block. 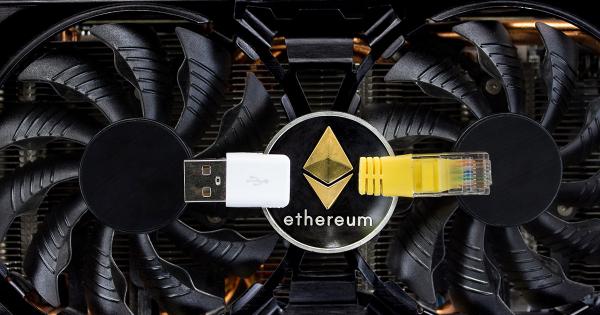 A tweet by Bitfly, the parent firm of Ethereum mining pool Ethermine, stirred up debate over the weekend after the firm revealed miners are voting to increase GAS limit from 10,000,000 to 12,500,000 each block.

The broader Ethereum community was immediately divided on the matter, with most taking to Twitter to voice opinions.

Miners say increasing GAS limits mean, in theory, increasing Ethereum’s overall capacity while reducing fees. Currently, ETH fees hover between $0.40-$0.60 per transaction, compared to coins like Bitcoin Cash or Cardano which charge less than $0.20, or even $0.10.

For the uninitiated, every Ethereum transaction requires a certain GAS value to ensure a successful transaction or for executing a smart contract on the network. Network activity at any given time determines exact GAS prices, although they don’t vary significantly.

As CryptoSlate reported last week, GAS usage is nearing all-time highs; presumably due to rising DeFi activity and widespread institutional interest in the network prior to ETH 2.0.

It has seen an increase of 58% since the beginning of the year and is hovering above the 60 billion mark.

If the miners’ votes reach a majority, increased GAS limits would see Ethereum processing over 44 transactions per second, up from the current 35. Bitfly, in its calculations, referred to this as a “huge milestone” for the community, if implemented.

But increased limits come with drawbacks. One, the miners will take more time to process each block — which could potentially lead to the infamous “uncle” blocks issue. The latter happens when two miners process a block at the same time, leading to one block joining the network and the other discarded.

Weaker nodes could also leave the network, commentors on Bitfly’s twitter thread noted. That could, in turn, make Ethereum more centralized and susceptible to being dominated by large miners, at least until the protocol remains a proof-of-work network.

TL;DR: The #Ethereum miners don't give a fuck about the long term health of the network nor about DoS attacks. https://t.co/qamT0nakFA

“Unfortunately, there’s short term profit and long term investment. Almost none of the original miners are still in the ecosystem, but the original devs still have to pick up the c*** after everyone. The current miners will be long gone when we still need to handle their shit.”

Ethereum co-founder Vitalik Buterin chimed in, stating he didn’t “blame” the miners for their decision:


(btw @sparkpool_eth *did* reach out to me ~6 weeks ago asking if I supported the gas limit increase. I told them I oppposed because you oppose. That said, the last 6 weeks of high txfees have put genuine pressure on people so I don't blame them for this decision)

Meanwhile, members of the community suggested Layer-2 applications have already, or are targeting, thousands of transactions per second without making changes to the Ethereum protocol. Buterin seemed to agree:


I've been the biggest advocate of this!

Just last week, a new layer-2 application released by Matter Labs touted it was targeting over 20,000 transactions per second on the Ethereum network.

The firm, backed by Placeholder VC and an Ethereum Foundation grant awardee, joins several projects working on layer-2-specific applications to increase scalability and transaction times while significantly making the Ethereum network cheaper for all participants.

Aurora Chain Aims for 2000 TPS In Competition with Ethereum