As the infrastructure of a fresh market materializes on the global stage, the ins-and-outs of institutional-grade finance seem to have become nothing short of table-talk. Digging further, CryptoSlate interviewed Thomas Johnson, the co-founder of Gibraltar-based Digital Asset Management (DAM).

Just in the past month having secured in-principal regulatory approval from the Gibraltar Financial Services Commission, DAM now stands with “clout and trust” as a soon to be regulated provider of OTC deals, cold-storage custody, and ‘discretionary’ portfolio management for some of the industry’s heaviest hitters.

And with the nod from Gibraltar’s financial watchdog, business looks to be booming for the young startup, established 2017.

According to Johnson—Head of Operations, Co-Founder, and Bitcoin miner since 2016—the firm has “month-on-month” been onboarding a string of players including “experienced” investor funds, private clients, and cryptocurrency exchanges. And yet, the bulk of DAM’s work would be found in their 20+ ICO clients looking to liquidate crypto holdings into fiat for operational costs.

As if to ward off any venomous crypto maximalists pinning ETH’s decline on such actions, Johnson maintained that it would be years before ICOs could exist entirely on crypto, and until that day DAM would preside over a “very healthy” OTC desk, noting:

“And why do they sell to fiat? Doesn’t this defeat the purpose of the crypto revolution? Well yes, but you need to start somewhere, Lawyers, estate agents (office rent), accountants, Government services, even employees do not want or cannot accept payment in crypto, yet.”

The Trouble with Cold-Storage

As a surefire prerequisite to institutional sponsorship, crypto custodian services have accordingly started to emerge — with even the ubiquitous Goldman Sachs starting to dip its toes in the icy waters of cold-storage.

To the latest whirlwind of funds-come-custodians, however, Johnson would warn some tasks are best left to the professionals—those who are “experts in securing whatever the asset is.” And in the case of cryptocurrency—an emergent asset whose best practices are as fluid as the hackers which seek them—security appears anything but straight-forward.

Explaining, he highlighted a symphony of potential “edge cases” — where hundreds of millions of dollars worth of assets could walk through fire, water, hacking, insider-theft, tampering, and an arsenal of various calamities to make the most stoic of fund managers break a sweat. Johnson stated:

“You can come up with mechanisms for backups and you print them and you’ve got the USB storage, you can protect it from different types of attacks, you can put that into bank vaults and you then can have one in London and one in Paris, or New York. But, most people have not had to secure assets where they think about all of these edge cases. So as a custodian at DAM we think about all these edge cases.”

The Gateway of Gibraltar

But for Malta, Johnson explained that Gibraltar was the only state offering an all-encompassing license for his company’s services and that indeed the island could be a global point of call for access into the EU, and even locations further afield where the asset class was yet to be regulated. He stated:

“Companies from other countries like the US, Canada, other parts of Europe or places like Asia aren’t able to be regulated and they may want to get into the Europe-based markets. Companies with a Gibraltar DLT license therefore can market products to people in other parts of the EU or even elsewhere.”

If Johnson’s predictions for industry growth are anything to go by, corporations ought to be chomping at the bit for such a license. When asked for the obligatory forecast for the top cryptocurrencies, he responded:

“[By 2020] BTC and other assets will rally again, BTC up to 50/60k or higher possibly, until it corrects itself and stabilizes in the mid to high 20’s. I think we will see a flippening for Ethereum too, some of the other Dapp platform will overtake and be a clear favorite (in the short to medium term), whether that is Stellar or EOS for example, I wish I knew.” 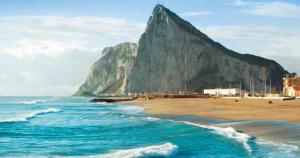 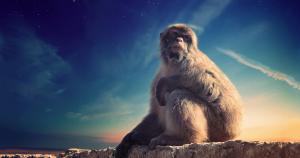