After suffering a $18 million loss on its casino business in 2020, the Hong Kong-based firm decided to try its luck with crypto. 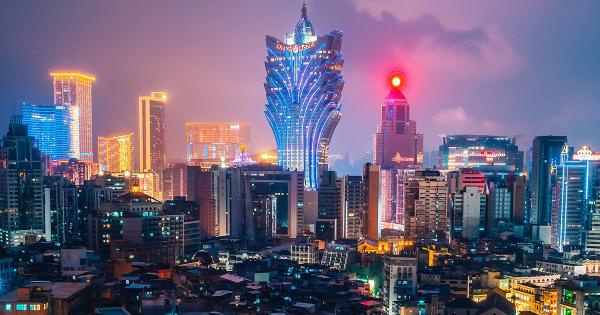 Photo by Simon Zhu on Unsplash

Chinese publicly listed firm Success Universe Group Ltd, which is a major investor in Macau-based casino and hotel resort Ponte 16, announced that it has purchased 24.3 Bitcoin ($1.35 million currently) as part of its portfolio diversification strategy, Inside Asian Gaming reported today.

Looking for a new bet

According to the announcement published by Success Universe via the Hong Kong Stock Exchange, while the crypto market may be extremely volatile in the short term and prone to wild price swings, its board of directors “believes that there is still room for cryptocurrencies to appreciate in value.” Bitcoin, in its turn, could be “a dependable store of value,” the firm added.

“Having considered the uncertainty in the global economy, the unprecedented government financial stimulus measures, including quantitative easing, adopted around the world, depreciation pressure on the value of fiat currencies due to aggressive increases in money supply by central banks globally, the Board believes that the investment would diversify the Group’s investment portfolio and enhance its asset value,” Global Success concluded.

On the business side of things, the firm is most known for owning a 49% stake in Ponte 16, located in Macau’s Santo António. Opened in February 2008, the resort is famous for its numerous Michael Jackson exhibitions and ​​25,000 square meters of gambling machines and other entertainment. The other 51% of Pontes 16 is owned by SJM Investment Limited.

Notably, Success Universe has recently posted a loss of 141.9 million Hong Kong dollars (about $18.3 million) in 2020 caused by the financial woes of Ponte 16. Perhaps it will have better luck with Bitcoin in its hand now?