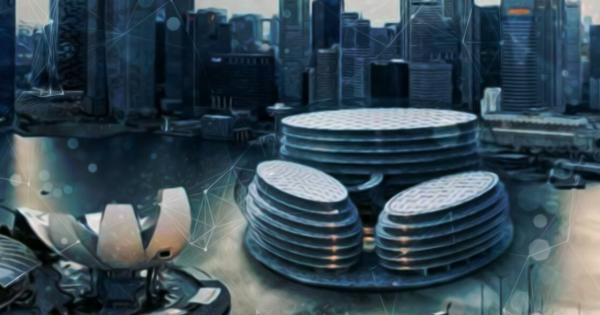 A forthcoming ICO from Dragon Corp is testing the limits of risk-taking. The company, led by Chris Ahmad, is planning to launch a $500 million ICO to fund a floating cryptocurrency casino that’s the size of Las Vegas’s iconic MGM Grand. A floating crypto casino is a pretty big boat, but their plan is not as preposterous as it might sound.

Ahmad and his team have an extremely practical reason for their endeavor. Macau is connected to China, although only by land. It’s an independent, autonomous territory that is known for its luxurious resorts and abundant casinos.

Gambling is illegal in China, so Macau is a convenient gambling destination for Chinese gamblers and the high global demand for gambling opportunities.

In fact, while Las Vegas is often considered the preeminent gambling destination, Macau is much more prolific. According to CNN,

At this point, Dragon Corp’s idea seems reasonable. There are millions of potential customers in Macau, so why not set up a casino to get in on the action? This where their ICO gets clever.

One of the most exciting things about cryptocurrencies are the currencies themselves. While Bitcoin and Ethereum attract most of our attention for their rapid rise in value and their name recognition, there are thousands of crypto tokens on the market. Some reveal the nuanced creativity of entrepreneurs, though others show near-complete idiocy.

Anyone can launch a cryptocurrency by creating a token on the Ethereum blockchain. The process is pretty simple, and many have pursued this increasingly popular marketplace. Not all of the ideas have been brilliant, but the proposed Dragon Pearl Casino appears to qualify as one of the better ones, despite the obstacles China may put up.

China prevents its citizens from removing their currency out of the country. Since Macau isn’t technically a part China, gamblers can’t simply arrive and begin gambling. Instead, they have to pass their money to junket companies that orchestrate their gambling trips to Macau.

In short, gamblers pay a junket company who provides them with gambling chips that they can use to play. When their stay is over, gamblers can cash out their chips and receive their money back, plus or minus their winnings or loses.

Essentially, Dragon Corp is acting like a junket company to their floating hotel, but they are using a cryptocurrency to gain a competitive advantage in the market. Because blockchain transactions are so much cheaper, Dragon Corp is claiming that it can operate with transactions fees at .5%.

Dragon Corp’s upcoming ICO will fund part of the floating casino’s construction, which is expected to cost $300 million and should be ready by 2020. Investors in the ICO won’t be purchasing a stake in the casino. Instead, their currency serves as gambling chip tokens that can be used in the casino.

As with other ICOs, investors can also hold onto their coins in hopes that they will increase in value, as some cryptocurrencies have clearly already done.

Macau has a robust gambling market, and Dragon Corp has a legitimate idea capturing a part of the market share. For an ICO that can be reduced to an expensive fundraising round and a very large boat, this isn’t the worst idea though, inevitably, things haven’t gone as smoothly as Dragon Corp might like.

Convicted gangster Wan Kuok-koi crashed the party at their signing ceremony to kick off the project, which only accentuated the sometimes-dark underworld of gambling, especially in China.

Still, with investors gaining nothing but an opportunity to spend money, it will be interesting to see if Dragon Corp can attain the $500 million in ICO funding that they aspire to raise. If so, we may see the world’s first floating cryptocurrency casino in Macau.

Luckily, if Macau doesn’t work out, Dragon Corp’s casino can always float to a new destination. At this point, Dragon Corp has to be hoping that investors see that flexibility as an asset, and not a metaphor for all the ways this project could veer off course.