China has been a long time critic of Bitcoin despite its unwavering support for digital finance and payments. 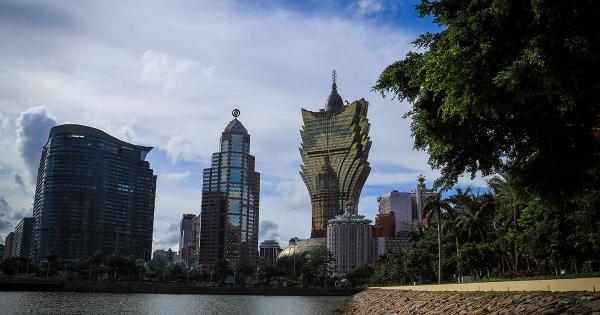 China has been a long time critic of Bitcoin despite its unwavering support for digital finance and payments. It even started the grassroots development for its own digital currency—to prevent the proliferation of Bitcoin—back in 2015 that is close to an official launch.

But observers say the digital Yuan, officially the Digital Currency Electronic Payment (DCEP), may end up causing trouble for operators of one of the most profitable businesses in a Chinese province—Macau’s multi-billion gambling sector.

An end to Macau’s reign?

A report by Bloomberg on Tuesday said that some billionaire operators of Macau’s storied casino industry (which is referred to as the Las Vegas of the East) are either cutting back on investments or exiting the market altogether as the DCEP comes closer to launch.

It comes as Macau saw annual revenues fall by over $27 billion in 2020 amidst pandemic restrictions. The city, a Chinese province that was a Portuguese colony until 1999 and follows a different legal system, currency, and sovereignty than China, derives much of its income from tourism and casinos, which could now face a threat.

The fears? Operators say that a government-linked and traceable currency would mean greater scrutiny over Chinese businessmen and revelers, who travel to Macau to escape from the strict gambling laws in China.

Reports suggest Macau’s gaming regulator, the Gaming Inspection and Coordination Bureau, has already started approaching operators to propose, discuss, and ponder over the feasibility of using digital Yuan to buy casino chips, which have so far been sold in Hong Kong Dollars.

However, the regulator said in a statement posted on a government website on Wednesday evening that “the report is not true.” Meanwhile, the operators insist the discussions are still at an initial stage and there’s been no final decision on whether to proceed.

The move gives Beijing greater visibility over cash flows through Macau’s casino halls and middlemen, which have been linked in the past to money laundering.

Zhou Jinquan, associate professor at the Centre for Gaming and Tourism Studies in Macau Polytechnic Institute, commented in this regard:

“If applied widely, the digital yuan will bring a significant hit to both VIP and mass segments. It’ll breach customer privacy and restrict people’s betting amount to the potential conversion cap imposed on the digital yuan to foreign currencies.”

Meanwhile, not all is lost for Macau. Observers said the move can actually help make the city more attractive to middle-class Chinese tourists and family types in the longer term, with authorities trying to build recreational hubs, theme parks, and concert offerings to shed away the gambling image.

Or they could just use Bitcoin.