Speed-focused cryptocurrency Litecoin has experienced a volatile Q1 2018 run and was significantly impacted by the recent general market downtrend catalyzed by an uncertain regulatory horizon. 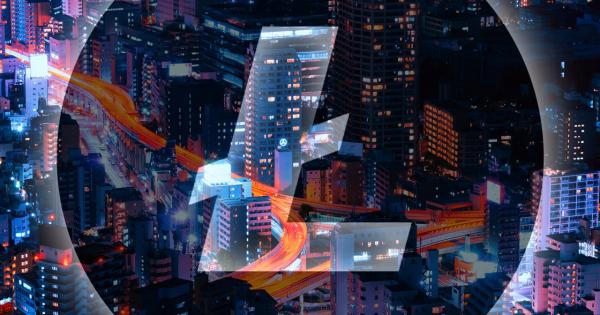 Speed-focused cryptocurrency Litecoin has experienced a volatile Q1 2018 run and was significantly impacted by the recent general market downtrend catalyzed by an uncertain regulatory horizon. Recent announcements from Litecoin founder Charlie Lee, however, have caused the value of the token to stabilize after a swift late March descent attributed to the cancellation of Litepay.

Litecoin rallied significantly in mid-February this year due to an announcement that the platform’s merchant payment processing system would go live on the 26th of the same month.

An email sent to customers on March 5th, however, stated that card registration for the Litepay system would be placed on hiatus “due to the negative perception and drastic actions card issuers have towards cryptocurrency companies.”

From what I know LitePay was working on a Visa card but ran some problems, which is not surprising given how hostile Visa is towards crypto. I'm guessing they worked until the last minute to try to overcome this issues but weren't able to. It's unfortunate.

The Litepay delay saw LTC drop in value from over $180 down to almost $110 over the course of March, but recent news has seen the token halt its rapid descent, recovering to the $129 level based on positive market sentiment caused by the announcement of a partnership between Aliant Payment Systems and Litecoin.

Aliant will be using the Litecoin platform to provide merchants with a cryptocurrency payment acceptance method, which could potentially function as a de facto replacement for the Litepay solution.

Litecoin founder Charlie Lee commented on the partnership, stating that merchants will be able to accept LTC through a range of different methods:

“The Litecoin Foundation is pleased to partner with Aliant Payment Systems for Litecoin payment processing. Aliant offers a well-rounded solution for merchants to accept Litecoin easily with physical point of sales terminal (via Poynt), virtual sales terminal, and custom API integration. Merchants also have the flexibility to keep the payments they receive in LTC or convert them immediately into fiat currency.”

While the partnership has provided Litecoin with a much-needed credibility boost, it’s not the biggest news to be announced by Lee over the last month. Abra, a digital wallet app, announced in mid-March that it would be using the Litepay platform as the core of their application protocol.

The most interesting element of this partnership, however, is that Charlie Lee has referenced smart contracts on the Litecoin network as part of the announcement.

The Litecoin development team hasn’t made any significant statements regarding smart contract implementation on the Litecoin network since a mid-2017 tweet from Lee referencing the possibility of smart contracts facilitated by RSK’s two-way peg solution, so the announcement of Litecoin smart contracts has many crypto community members scratching their heads.

In a Reddit AMA conducted on the 2nd of April, Abra CEO Bill Barhydt highlighted the reasons why the platform chose Litecoin:

The smart contracts referenced by both Charlie Lee and Bill Barhydt, however, are dissimilar to smart contracts in the Ethereum sense. Instead, they are unique to the Abra platform and are used by Abra to create synthetic digital assets.

Wait — What is Abra?

Abra is a smartphone app that aims to streamline the cryptocurrency investment process, allowing users to invest in 20 different cryptocurrencies. Abra makes it possible to fund accounts with either bank transfers or American Express and allows users to trade in over 50 fiat currencies.

This mechanism essentially allows users to access instant exposure to both cryptos and fiat currencies without holding physical currency.

The Future of Litecoin

Although the indefinite hiatus placed on the Litepay project may have negatively impacted the value of LTC, Litecoin’s recent partnership with Aliant alongside its integration with Abra has allowed it to recover its position in the top coin rankings.

With smart contracts set to launch on the Litecoin blockchain on the 13th of this month, Litecoin is set to experience a strong resurgence as one of the most valuable tokens by market cap.

END_OF_DOCUMENT_TOKEN_TO_BE_REPLACED

After working for the CIA, NASA and Goldman Sachs, Bill Barhydt decided to join Netscape working on telecom and Internet banking deals, mostly in Europe.