This week, leaders from the 20 largest economies in the world are meeting in Buenos Aires, Argentina to discuss the world economy and to explore possible roadmaps for ensuring global financial stability. 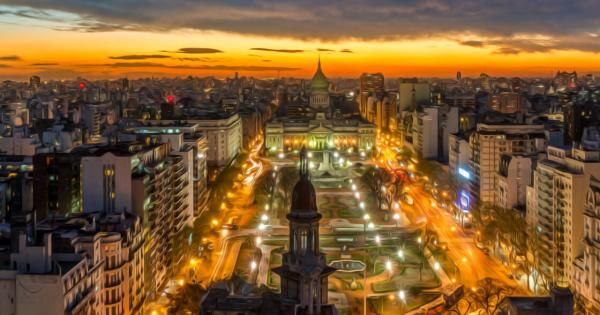 This week, leaders from the 20 largest economies in the world are meeting in Buenos Aires, Argentina to discuss the world economy and to explore possible roadmaps for ensuring global financial stability. Among the many topics discussed at the summit, cryptocurrencies and blockchain technology certainly made the list.

In many ways, technology was the central theme of the event. The opening agenda notes that “Technological change is extraordinary in its magnitude and speed.” As a result, G20 leaders are working to ensure that they develop effective policies that ensure that these technologies spur growth and innovation while minimizing any negative impact that they might have.

That’s about as far as the consensus reaches.

In a summary of the meetings, the Central Bank President, Federico Sturzenegger, explained,

“The issue of crypto-assets was raised during the meeting, and that two positions stood out: one in favour of regulation and work on cyber security, and the other suggesting…that the international payment system must be improved.”

The consensus, according to Sturzenegger, was “the need to continue monitoring and discussing the issue.”

There are significant divisions among the G20 nations about the most effective approach to cryptocurrencies. According to Reuters,

“Some countries…proposed taking specific steps, such as creating the legal status of ‘crypto assets service provides.’’

Meanwhile, the report notes, “Others reject the notion that such tokens should be treated as financial assets at all and fear that regulating them would give them a degree of legitimacy.”

In an official statement from G20 leaders, they collectively agree to implement the financial action task force standards that apply to crypto-assets. In addition, they called for additional international measures for dealing with cryptocurrencies:

“We call on international standard-setting bodies (SSBs) to continue their monitoring of crypto-assets and their risks, according to their mandates, and assess multilateral responses as needed.”

In total, authorities kicked the proverbial can down the road. According to several media sources, G20 leaders placed a soft June deadline to begin regulatory talks and a hard July deadline for real implementation. With so much disagreement about the appropriate action, it’s incredibly unclear what that action will be.

As an additional silver lining, although it wasn’t mentioned by name, the blockchain received an endorsement from world leaders. In comments, leaders noted new propensity for new technologies to build a more fair and inclusive financial system.

This echoed remarks from a January summit in Germany that encouraged countries to engage with blockchain technology. At the time, it received high praise:

“Blockchain technologies hold the key to building an inclusive global digital economy that is auditably secure and transparently accountable to the world’s citizens.”

No News is Good News for Markets

Even with future decisions still up in the air, this was good news for crypto markets, which feared that major moves on regulation could upset the progress that digital currencies made in the past year.

Crypto markets responded favorably to the news. After hitting one of its lowest points this year, Bitcoin surpassed $9,000, before dropping back down to $8600 in the past few hours. Other currencies including Bitcoin Cash,  Ethereum, Litecoin, and Ripple all rose in the past week.