The Litecoin Foundation released a statement on Monday, 26th of March that the exciting new payment option for Litecoin was abruptly shutting down and ceasing all operations. 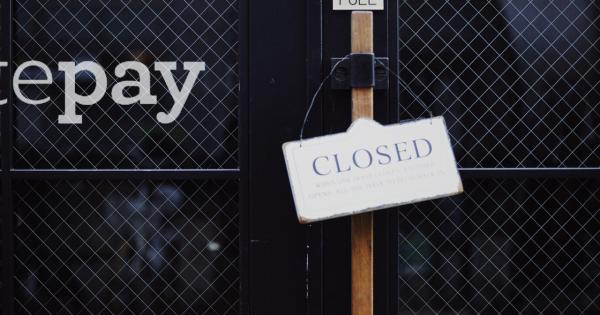 Photo by Masaaki Komori on Unsplash

The Litecoin Foundation released a statement on Monday, 26th of March that the exciting new payment option for Litecoin was abruptly shutting down and ceasing all operations.

The statement went on to say that Kenneth Asare was unable to detail where the money that he was spending was going and was operating in a less than transparent nature.

They were unable to give him any further funds due to this and That he refused to go into further detail about the company or show any objective evidence to back up his statements.

Following this announcement, Litecoin dropped a further 10%, it is currently sitting at  $147.84, and it is down roughly 37.5% for the year so far.

Litepay aimed to deliver “the world’s first borderless payment network,” hoping to be a turning point for cryptocurrencies and in particular Litecoin.

The payment network would allow users to have a Litepay debit card, meaning that anywhere that accepts debit cards you would be able to spend your Litecoins.

“Merchants will be able to accept Litecoin (LTC) without worrying about the current price volatility in cryptocurrency. When you spend Litecoin at the store, LitePay instantly converts the Litecoins into the local fiat currency and deposits the money into the merchant’s bank account.”

The idea that users could finally easily and freely spend their cryptocurrency was met with a very positive public reaction.

The debit card was due to be available in late February, it was then delayed to early March, and finally, there was the announcement that Kenneth Asare, the CEO had ceased all operations and was planning to sell the company. (the website is currently still active)

The Litecoin Foundation and Litecoin Creator Charlie Lee both publicly backed the payments startup. However, following the collapse of the startup, they have issued statements apologizing for overlooking the warning signs.

Like everyone else, we got too excited about something that was too good to be true and we optimistically overlooked many of the warning signs. I am sorry for having hyped up this company and vow to do better due diligence in the future. https://t.co/khIjeHnyZ1

Charlie Lee has made it very clear that he made a mistake when backing Litepay and that there were apparent signs about the legitimacy of the company that he missed.

The Litecoin Foundation has hope

However, the Litecoin foundation appears to be optimistic and left their followers with the following message:

“The ecosystem is far bigger than one company and is continually growing with support from many others with market-ready products joining the space and fulfilling their promises to make it easier for the world to use Litecoin.”