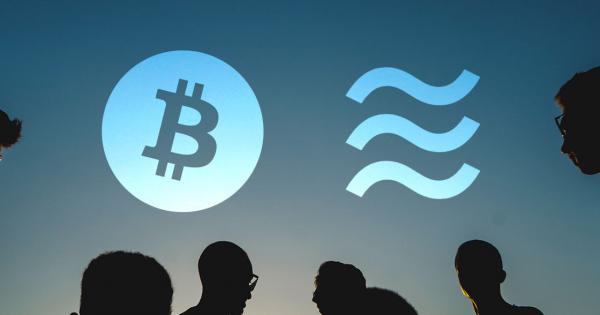 Facebook’s newly announced stablecoin has been the focus of the entire industry, as many experts believe it could act as a gateway for Bitcoin for its 2.4 billion-strong user base. Exposure to a relatively stable digital asset such as Libra could make people interested in other, more decentralized and privacy-focused cryptocurrencies.

Libra could be a boon for crypto

Facebook’s newly announced cryptocurrency project, Libra, has been at the forefront of media attention in the past couple of weeks, with the coverage intensifying as more details about the platform were revealed.

While many were quick to dismiss the effect Libra could have on the broader crypto market, it seems that the highly-anticipated digital asset is already making waves throughout the industry. Despite the problems it faces—which include centralization and lack of privacy—Libra was still celebrated by some in the crypto community.

Garry Tan, the managing partner at Initialized Capital, said that Libra’s launch was a “big day” for the crypto industry, as it has the potential to transform the crypto market. Tan pointed out that Facebook has 2.4 billion users, while WhatsApp, the messaging giant owned by Facebook, has over 1.5 billion. Recent studies estimate the number of crypto users worldwide to be roughly 35 million.

That means that a large percentage of those users could get exposure to other cryptocurrencies through Libra, drastically increasing the number of crypto users worldwide.

Tan noted that while the Libra whitepaper was in no way perfect, its ability to increase the reach of other similar projects by tenfold is a once-in-a-decade opportunity that shouldn’t be ignored.

What they released today might not be perfect but if you can 10X reach in any platform that is a once every 10 years event.

Facebook‘s ability to reach billions of users across the globe is something almost no crypto company has, and shouldn’t be taken lightly. While there are many stablecoins whose protocols are more decentralized and privacy-focused, all of them lack a recognizable name that would attract a less tech-savvy user base.

Economist Alex Kruger said that Libra represents a threat to stablecoins and smart contract blockchains, but not to Bitcoin and other cryptocurrencies.

He explained that Bitcoin’s censorship resistance and ability to store value puts it in a completely different category than Libra, which has the potential to become the dominant medium of exchange in the crypto market.

As Libra’s code will be open-source, allowing everyone to run smart contracts on its platform, many wallets are expected to appear on the network. Garry Tan also noted that there’s a very high possibility that both centralized and decentralized exchanges would list Libra, effectively making it the most dominant fiat on-ramp for cryptocurrencies.

People will be able to run their own wallets. Both centralized and decentralized exchanges will list it.

I think there is a strong chance it becomes the on-ramp of choice for every ecosystem.

Kruger echoed that sentiment, saying that apart from becoming the on-ramp of choice for Facebook’s users, Libra is generally positive development that will benefit many.

Libra should be extremely positive for the crypto ecosystem, as it accelerates crypto's worldwide acceptance and acts as the largest fiat on-ramp thanks to Facebook's 2.4 billion users.

Libra should also be positive for Facebook's stock, and many people around the world.