Moonriver has close to 100k wallet addresses on the network and over 650 ERC20 tokens have been created. 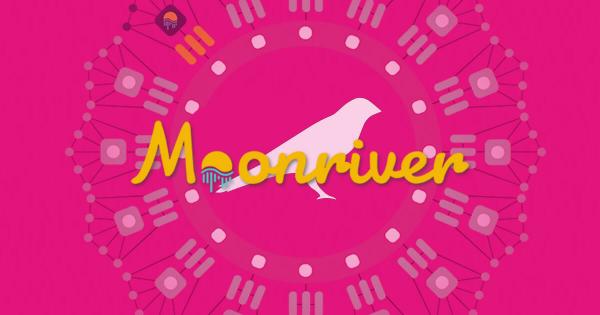 Moonriver, the Ethereum (ETH) blockchain-compatible smart contract platform developed on Kusama, is full steam ahead with some impressive figures since its launch just three weeks ago.

As reported by Moonbeam, Moonriver has close to 100k wallet addresses on the network and over 650 ERC20 tokens have been created. In addition, there are DeFi protocols with over 100,000 transactions per day.

On the engineering front, Moonriver has had 5 client releases and 4 runtime updates since launch.

The team at Moonriver is currently prioritizing security and is busy working on the first Kusama-native cross-chain integration which will allow KSM holders on the Kusama Relay Chain to send KSM to Moonriver.

After security, the Moonriver team has set out compatibility, interoperability, and decentralization as their three guiding design principles. “We believe that the built-in cross-blockchain networking that Polkadot/Kusama provides will enable unique scenarios and use cases with a high degree of security” explained Derek Yoo, founder of Moonbeam.

With their RPC servers handling around 2,500 queries per second it is evident that developers are keen to build using Moonriver.

Integrations have started to be announced in the last week and we are beginning to see a broad range of organizations partnering with Moonriver to eventually offer their services through Moonbeam.

Cream Finance will bring its decentralized lending and borrowing services, Wanchain is offering its non-custodial cross-chain interoperability infrastructure to Moonriver and Lido will provide liquid staking as it is currently operating on Ethereum and Terra.

The Moonbeam Foundation developed Moonriver to be a blockchain environment that is compatible with Ethereum on the Kusama network and so far it is pushing the boundaries of all of its features. If cross-chain and cross-team scenarios become the norm within the Polkadot/Kusama ecosystems then the opportunities for innovation are going to be endless.