Venezuela, located in the heartland of Latin America, is one of the most oil-rich countries in the world. 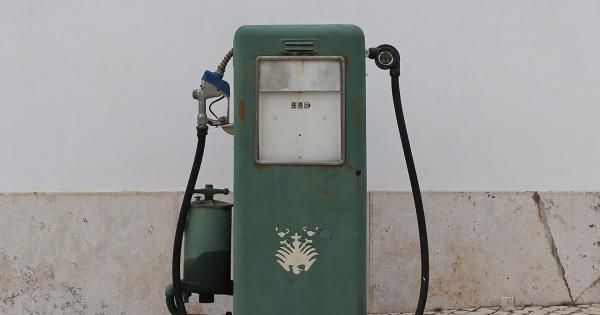 Venezuela, located in the heartland of Latin America, is one of the most oil-rich countries in the world. Its annual oil barrel output rivals that of countries such as Saudi Arabia and Canada, with oil having served as its main source of income for the past decade. Moreover, that dependence has grown given the number of industries that have left the country due to diminishing economic conditions.

Since 2015, the country has been in the grips of one of the most drawn out economic downturns of any major nation since the beginning of the 21st century. The country has seen its GDP drop to negative 16.5 percent and the rate of inflation surpass 10 million percent, putting it firmly into the same realm as that of the Weimar Republic at the end of the First World War.

There are a number of complex factors at play which has led Venezuela into its current economic situation, including the application of socialism and the nationalization and then subsequent collapse of a number of key industries through mismanagement. This was then exacerbated by what is regarded by many as an incompetent ruling class responsible for such mismanagement. Whatever the factors at play, one thing is clear, the current economic situation is having a direct impact on the now impoverished population of the country.

Unemployment is at an all-time high, currently standing at around 40 percent, and hyperinflation has pushed the value of the bolivar to 9.9 against the US Dollar—meaning that the average meal costs almost as much as a day’s wages. A decrease in currency value has resulted in the country being unable to secure import contracts to acquire imported goods, resulting in stores that are running out of stock for necessities on a daily basis.

In culmination, these factors have resulted in living conditions which have continued to deteriorate. To counter this, many are forced to resort to extreme measures.

On Feb. 9, 2019, ABC News showed the world the shocking image of a man who had been captured at the border trying to smuggle baby formula into the country. However, with the outflux of economic immigrants, neighboring countries have had little choice but to restrict the movement of individuals across their borders. This restriction came in August 2018, when neighboring governments announced they were introducing the requirement that all Venezuelan citizens present a passport to cross the border—an impossible request considering that most people already struggle to acquire basic necessities in the country.

In their desperation, citizens are making use of cryptocurrencies to handle their transactions and make life more manageable within the country.

The Venezuelan government is no stranger to cryptocurrencies, either. In October 2018, the government launched the Petro, the world’s first national government-issued digital currency. Many citizens avoided this currency as they saw it as nothing more than an opportunity for the government to control the funds of the impoverished nation and raise capital from sources outside the country.

The new digital currency, ‘pegged’ to the price of Venezuelan oil, sold internationally. The control element was proven earlier this year when the government announced that those citizens seeking a passport would only be able to pay for it in this government-issued digital currency.

An increase in the use of digital currencies, the most common of which is Bitcoin, has led to a significant regional price increase—a common economic situation when demand is much higher in a specific area, with many seeing the same trend in countries such as Zimbabwe through 2018.

In all respects, digital currencies are giving citizens a lifeline by being able to rely on an international currency not controlled by the banks in an ever-shrinking domestic market shrouded in distressed circumstances.

Elements for a Civil War?

Of course, it goes without saying that where there are desperate circumstances there are desperate measures. History has shown this to be the case time and time again. This desperate situation is only being heightened by the contested election of the new president-elect, Juan Guaido, leading to the domestic and international communities being split on who the rightful leader of the country should be. This contest is resulting in world leaders having to choose a side, some countries such as the US even calling on the military to back the new leader—a  situation which does not sit well with the current leader who has been in power since 2013.

While many in the international community long for a peaceful resolution to the current leadership dispute, the unfortunate truth is that all the elements are present for an internal civil war to begin.

The impoverished people longing for a changed future on one side are backing the new president-elect, while those who have become accustomed to the way of life provided by socialized benefits support the current leader. In the hypothetical situation that war does break out, what then?

The United States and Europe are already starting to block oil exports from Venezuela, thereby curtailing the government’s ability to purchase weapons and pay those fighting on their behalf. The situation is not much better on the other side. With no access to national resources, any ‘rebel/opposition’ element would be forced to appeal to the International community for arms and supplies. It should be noted that the weak United Nations will inevitably be unable to do anything due to the differing opinions of the EU/US and China/Russia blocs, meaning that any tabled resolution for support from either side will be unsuccessful, leaving the predictable groups of countries to back a side; a playbook the world has become more and more familiar with as it has been used since the Cold War between competing ideologies.

With this complex external situation in play, the factions within the country itself would only have one way to turn, cryptocurrency. The national government having access to reserves through the sale of their Petro coin during its sale phase, and the opposing side having access to funds through the use of its citizens seeking a more stable financial instrument, as discussed earlier.

Combining this with the anonymous nature of Bitcoin, meaning that sales can be made in near-secrecy in the open international market, will allow both sides to generate funds to pay for weapons and supplies. This situation could go one step further, wherein the actual fighters themselves could be paid in cryptocurrency as it becomes more widely used in the conflict.

All of this means that in a world where bank accounts can be frozen, funds can be tracked and finances restricted, Bitcoin offers the hypothetical perfect alternative to two parties looking to commence conflict and keep themselves supplied. After all, the anonymity passes both ways, meaning that unlike a physical item such as diamonds, the tracking, restriction, and embargo of Bitcoin to and from any country is impossible.