IOTA announced the release of the updated version of their Coordicide Whitepaper. 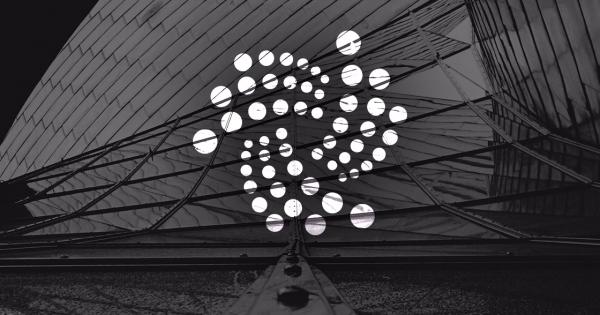 IOTA announced the release of the updated version of their Coordicide Whitepaper. According to the company’s blog post, the newly released whitepaper contains revised and updated content that has already been published in the past year and will be used to validate the initial work put in by the company.

Coordicide whitepaper done after a year of research

IOTA, the ambitious blockchain project set out to revolutionize IoT economy, has just announced the release of the updated version of the Coordicide Whitepaper. According to the company’s official blog post, while the first compiled version of the Whitepaper was released back in May 2019, the newly released version is a product of over a year of research.

The document’s core, however, remains unchanged. The company explained that almost all of the “revised and updated content” that has made its way into the whitepaper has already been published throughout the past year. IOTA and the IOTA community, through forum discussions on IOTA.cafe, have both participated in refining the original Coordicide research.

“Nevertheless, it is necessary to compile all of these components into a single “state-of-the-art” document, so that our solution may receive the scrutiny it deserves from our academic, corporate, and community collaborators,” the company said in its blog post.

Apart from that, the paper will be extensively used by the company in-house, in order to review their own internal process of moving from theory to specification to code.

The Coordicide research grant program seems to have paid off

The generous grant IOTA established last year seems to have paid out. Back in August 2019, the company announced a $5 million grant program to contribute to “Coordicide”-related research. The first push towards Coordicide, an upgrade that removed the network’s centralized coordinating node, was announced in May the same year.

Unlike other major cryptocurrencies, which use a blockchain-based structure for their network, IOTA uses a technology called a directed acyclic graph (DAG). DAGs allow multiple chains of transactions to co-exist and interconnect, which makes the network highly scalable.

However, DAGs themselves also present serious challenges regarding security and decentralization, which are problems both Coordicide and Coordinator set out to solve.

The interconnectedness of the IOTA network depends on one transaction validating two previous ones before being able to validate itself. The Coordinator’s job is to ensure that transactions don’t contradict previous transactions which could lead to double spending and accessing non-existent funds.

Coordicide will effectively remove the Coordinator, which will be a momentous step towards realizing IOTA’s promise as the first decentralized and scalable DLT, the company said.