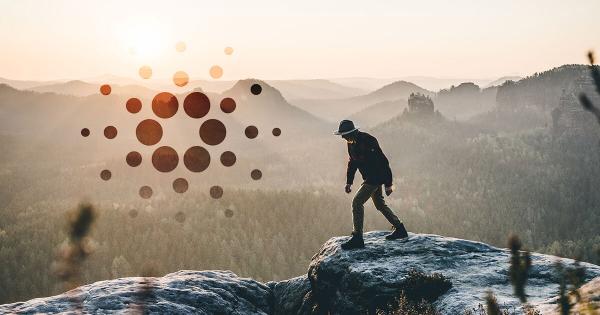 IOHK, the company behind the Cardano (ADA) blockchain, has announced the launch of the Ouroboros Hydra protocol. IOHK explained that the scaling protocol will enable Cardano to handle up to 1 million transactions per second and facilitate micro-transactions that will lead to an uptick in crypto payments globally.

In a press release shared with CryptoSlate, the company also announced a reboot of the Byron-era codebase that will enable an easier transition into Shelley.

Input Output Hong Kong (IOHK), the company behind the ambitious Cardano blockchain, has announced that it has finally launched the Ouroboros Hydra protocol. The culmination of five years of intensive scientific research and relentless testing, Hydra will enable Cardano to scale to a level unprecedented even in large payments processors such as Visa.

The company’s chief scientist, Professor Aggelos Kiayias, explained that Hydra will enable a  high transaction throughput, low latency, and minimal storage per node. While Hydra was specifically designed to work with the Ouroboros protocol on the Cardano blockchain, it can be employed over other systems as well, Kiayias noted.

As the Cardano ecosystem consists of multiple entities with different technical capabilities, Hydra was also made out of several subprotocols.

“It is unrealistic to expect that a one-shoe-fits-all, single-protocol approach is sufficient to provide overall scalability for such a diverse set of network participants,” Kiayias explained.

Hydra’s head protocol will enable network participants such as stake pools to quickly process a large number of transactions with minimal storage requirements by connecting multiple nodes into a single cluster. Its tail protocol will enable participants to provide scalability for large numbers of end-users who may use the system from low-power devices, such as mobile phones, and who may be offline for extended periods of time.

Could Cardano handle up to a million transactions per second?

To make sure the Hydra protocol will work in practice, IOHK conducted a simulation. According to Kiayias, the simulation carried out a realistic and timing-correct simulation of a cluster of nodes forming a head in Hydra’s head protocol. This was done in order to determine the time required to complete individual actions on the blockchain such as validating transactions and verifying signatures.

As a single Hydra head was able to achieve around 1,000 transactions per second (TPS), IOHK simulated what would happen if the protocol ran 1,000 of these ‘heads’ at the same time. There are currently around 1,000 stake pools on the Shelley Incentivized Testnet, so all of the pools could, in theory, form an individual head.

The simulation showed that this was indeed possible and would mean that Cardano could achieve 1 million TPS. Running 2,000 heads would give the network the capability to handle 2 million TPS, putting it miles ahead of major payment processors such as Visa and MasterCard.

Throughput of a billion transactions per second, Kiayias said, isn’t all that far-fetched either.

However, the scientist noted that the scalability and efficiency of a network shouldn’t be measured only in transactions per second.

“Without further context, a TPS number is close to meaningless,” Kiayias said, adding that the measure of Hydra’s success won’t be its throughput, but whether or not it reaches the physical limits of the network.

More news coming out of IOHK

Hydra isn’t the only major update coming from IOHK. In a press release shared with CryptoSlate, the company announced that it will deploy an upgraded version of Cardano’s Byron-era codebase.

“At the most fundamental level, the Byron reboot will improve the performance of the entire Cardano network.”

The update, the company explained, will make the Byron-era codebase modular, separating the ledger, consensus, and network components of the node. This will allow each and every one of those segments to be changed and upgraded without affecting the others and having to shut down the entire blockchain.

Apart from that, major changes to the Cardano node, the Cardano explorer, the wallet backend, and the Daedalus wallet will be implemented in the upgrade. The new node update will be rolled out to more core and relay nodes on the Cardano mainnet within the next few weeks, followed by other reboot improvements and the Daedalus beta in the coming months, the company explained.

Hoskinson said that the new node improvements will make it more efficient and reliable in terms of memory usage. This, he explained, will make it possible to run the node on a low-spec machine or in poor network condition, thus opening up the Cardano network to more people across the world.

The Cardano Foundation has called on the community to support a distributed computing project aimed at developing a vaccine for the coronavirus.

Charles Hoskinson, the CEO of IOHK, assured the community that all Cardano (ADA) releases are going according to plan and everything is moving forward at a rapid pace.

The Cardano (ADA) network has seen its network activity steadily rise this year, with metrics such as the number of daily active addresses, the total number of addresses, and the number of transactions all going up.