Charles Hoskinson, the CEO of IOHK, assured the community that all Cardano (ADA) releases are going according to plan and everything is moving forward at a rapid pace. 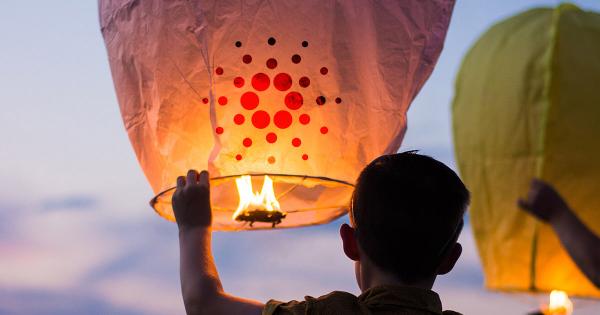 Charles Hoskinson, the CEO of IOHK, assured the community that all Cardano (ADA) releases are going according to plan and everything is moving forward at a rapid pace. Hoskinson’s latest update came as IOHK celebrated its 5th birthday and looked back at the accomplishments made in the past years.

The development process at Cardano has been turbo-charged in the past six months, with the teams behind the ambitious blockchain project working round-the-clock to follow through on their equally ambitious release schedules.

Charles Hoskinson, the CEO of Cardano’s parent company IOHK, announced a tentative release schedule for some of the company’s most highly anticipated releases. In a YouTube update published on IOHK’s 5th birthday, Hoskinson said that the Byron reboot release will go forward this month. The release will make connecting to the network much easier, reduce sync times, and enable faster restoration, he explained, adding that a concrete date will be released “soon.”

While the outspoken CEO talked about when other Cardano releases should be expected, he noted that from now on all dates related to Cardano will be announced by Aparna Jue, the company’s product director.

However, he revealed that once the Byron reboot comes out, the release of the Haskell Shelley testnet will be announced. When that date is set, he added, Jue will announce the final date range for the Shelley mainnet. Hoskinson noted that while there are currently just a few updates left which will complete all the requirements for Shelley, the team doesn’t want to ship the new era without having a high assurance code.

The most notable announcement from Hoskinson was the one regarding Hydra, the scalability solution set to be deployed on Ouroboros, Cardano’s proof-of-stake protocol. A result of five years of research, the solution will enable Cardano to build extensions to stake pools and accelerate transactions and smart contracts. However, he said that Hydra will not be interoperable with Tezos, EOS, or Ethereum 2.0. At the moment, only Cardano can use the solution, which can already be used to build applications on top of.

“In the event of the worst-case scenario regarding the markets and a global pandemic we remain confident that crypto will fare quite well.”

However, while he remained confident that the markets will eventually reboot and that the crypto space will bolster, he noted that there will be huge volatility on the market that’s not to be taken lightly.