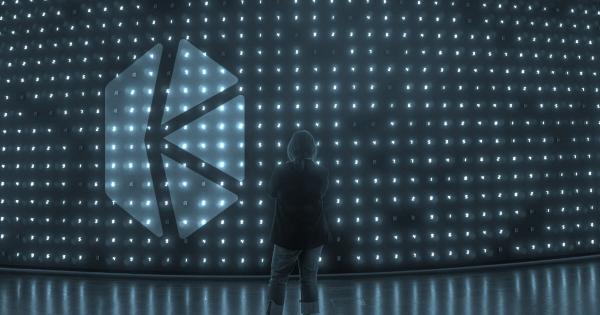 On-chain metrics reveal that demand for Kyber Network is surging expotentially amid a major protocol upgrade that will occur later this year.

Staking is on the horizon

Kyber Network is an on–chain liquidity protocol that allows users to swap tokens in any decentralized application. The protocol has been dominating the headlines after the significant price increase its native token, Kyber Network Crystal (KNC), has gone through over the last few months.

In mid-December 2019, KNC was hovering around $0.17 and not so long ago it peaked at a high of $0.90. While many cryptocurrencies in the industry have been affected by the global financial meltdown, Kyber has managed to keep a year-to-date (YTD) return of nearly 90 percent.

The significant amount of interest that investors have shown for KNC appears to be correlated with the recent announcement of a major protocol upgrade that is scheduled for Q2 2020. Dubbed Katalyst, this upgrade will enable KNC holders to stake their tokens and participate in protocol governance through the KyberDAO.

Deniz Omer, the head of ecosystem growth at Kyber Network, believes that Katalyst will push forward the level of engagement that all users of the protocol have.

“Now that we’ve watched all [our] experiments play out, it’s time for Katalyst. We know our contracts work, and we know there’s a strong ecosystem behind us. With those pieces in place, it’s time to build the Kyber DAO and make all those users active participants in this stakeholding experiment.”

While the stakes are high, data from Glassnode reveals that the hype surrounding the upcoming upgrade is real. As a matter of fact, the growth of KNC holders has gained significant momentum since mid-February after being stagnant for almost two years.

Along the same lines, the trading volume on the platform exploded during the recent market crash. Glassnode reported that Kyber Network facilitated nearly $30 million in trades over a period of 24 hours. This represents a new record in the history of the protocol.

As Katalyst approaches, Kyber Network has proven to be a solid project within the Decentralized Finance ecosystem. Not only has KNC been able to keep a YTD return of nearly 90 percent, but also the network itself has experienced a massive growth.

Time will tell whether the upcoming upgrade will meet the expectations that KNC holders have set into this project.

Kyber Network has seen its price skyrocket over 200 percent in the past month following a series of announcements that have proven the strength of this project.

In November of 2017, the number of Coinbase users surpassed that of stock brokerage Charles Schwab.