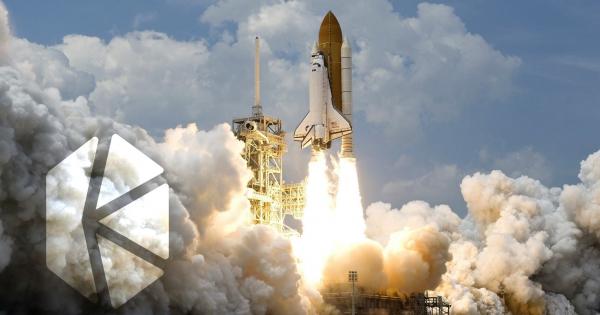 Kyber Network has seen its price skyrocket over 200 percent in the past month following a series of announcements that have proven the strength of this project. Despite the substantial upswing, multiple technical indicators estimate that a correction could be underway.

February was an important month for Kyber Network due to a range of milestones achieved that allowed it to outperform some of the top cryptocurrencies in the market.

Coinbase, for instance, announced that it will be listing KNC on its retail cryptocurrency exchange and mobile applications. The move provides market access to Kyber for millions of retail investors.

Additionally, the team behind the on-chain liquidity protocol revealed that it will launch the KyberDAO—a decentralized autonomous organization that empowers the Kyber community.

The new DAO will enable KNC holders to play an active role in the growth of the network. Long-term investors will be able to participate in Kyber’s governance by voting and deciding on “key parameters.” They will also start earning staking rewards in Ether.

“KNC will be the first staking token with a deflationary model, where token burn and rewards are determined by actual network usage and DeFi [Decentralized Finance] growth.”

These announcements were significant enough to encourage market participants to turn their heads to Kyber. Indeed, the buying pressure behind KNC rose substantially pushing its price up over 200 percent in the last month. Now, it seems like this cryptocurrency could have reached an exhaustion point.

A correction could be underway

Based on the TD sequential indicator, Kyber Network could be about to go through a steep decline. This technical index is presenting a sell signal in the form of a green nine candlestick on KNC’s 4-hour chart. Such a bearish formation estimates a one to four candlesticks correction before the continuation of its bullish trend.

A red two candlestick trading below the current red one candlestick could serve as confirmation of the bearish signal presented by the TD sequential indicator.

Nevertheless, the bullish outlook cannot be voided since the Kyber community appears overwhelmingly bullish about the upcoming system upgrade that is set to improve the entire network by incentivizing greater liquidity. An increase in demand that allows KNC to close above the recent high of $0.88 could push it further up. The next resistance levels to watch out for sit between $1 and $1.16.

Time will tell how market participants will respond to this significant network upgrade.

In November of 2017, the number of Coinbase users surpassed that of stock brokerage Charles Schwab.

bZx, a DeFi lending protocol, was hit with a series of exploits.