Interview with Komodo’s CTO, How Atomic Swaps Will Change How Cryptocurrency is Traded

CryptoSlate interviewed Kadan Stadelmann, chief technical officer at Komodo Platform, on why atomic swaps could transform how cryptocurrency is exchanged. 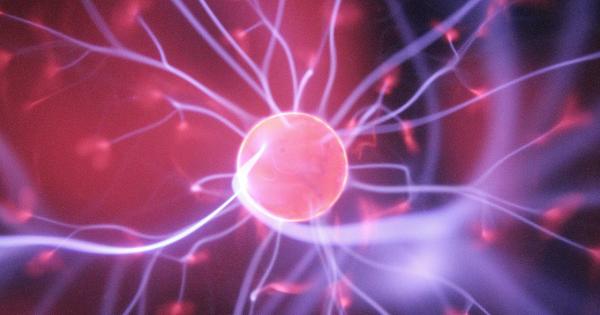 CryptoSlate interviewed Kadan Stadelmann, chief technical officer at Komodo Platform, on why atomic swaps could transform how cryptocurrency is exchanged. The interview also covered how the Komodo team is surviving the down market and his predictions about the future of crypto and blockchain.

Our interviewee has used his software development and ethical hacking skills in various capacities. Prior to joining the Komodo team, Kadan Stadelmann co-founded SatoshiHack in December of 2011 with a focus on organizing blockchain-related hackathons and recruiting. He later sold SatoshiHack and moved on to other work.

Stadelmann led the IT security department of a Tunisian government corporation between April 2013 and April 2014. In the following two years, he held a similar position at several IT-related security projects for the Austrian government.

Use Cases of the Komodo Platform

Our interviewee first defined Komodo as “an open, multi-chain platform that offers blockchain technology solutions to meet virtually any use case.” He went on to introduce Cryptoslate to the Komodo blockchain starter kit, the platform’s primary service. The CTO further explained that the service includes “a customizable, independent blockchain with its own decentralized network.” This means users are able to create their own blockchains with preferred features.

Stadelmann added that Komodo’s delayed proof-of-work (dPoW) consensus mechanism guarantees “Bitcoin-level” security. Komodo uses the Bitcoin network to secure its blockchain by having its nodes back up records of the Komodo blockchain on the Bitcoin blockchain (the blockchain network with the highest hashrate).

According to Stadelmann, the Komodo Software Development Kit (SDK) provides developers with multi-coin wallets, a decentralized crowdfunding app, an open atomic swap decentralized exchange (DEX), and a block explorer. He described the Komodo platform with its features as an “orbit” for third-party projects.

“Atomic swaps are peer-to-peer trades of digital assets without any central entity between the trading partners. A trade would happen peer to peer—from one user to another—with a direct communication line, routed through a decentralized network and triggered by cryptographic (mathematically verifiable and unforgeable) conditions and events.”

As a result of the direct exchange involved in trades done using atomic swaps, Stadelmann considers such trades more secure than those executed on centralized cryptocurrency exchanges. According to the software developer, atomic swaps are “safe and trustless.” he attributes this to the fact that it is technically impossible for even bad actors to scam another party in an atomic swap.

Impact of Atomic Swaps on Cryptocurrency Exchanges and Wallets

The entire cryptocurrency market benefits from increased liquidity since atomic swaps are not limited to a single exchange. For instance, as more traders use the Komodo Atomic DEX buyers have access to more sellers and vice versa.

Stadelmann emphasized the security of atomic swaps. The risk of losing funds is reduced since users maintain control over their private keys when executing atomic swaps.

Future of Cryptocurrency and Blockchain Adoption

Stadelmann admitted that he could not predict the exact level of adoption blockchain technology will achieve in the next five to ten years. He did, however, opine that the entire technology sector will adopt core elements of blockchain technology. For instance, the software developer anticipates the use of trustless technology in critical systems and infrastructure from the finance, nuclear, medical and aviation industries.

In Stadelmann’s opinion, blockchain projects with real-world use cases have been on the rise following a change of approach from short-term goals to long-term technology goals.

How the Komodo Atomic DEX Differs from Competitors

Stadelmann revealed that about 99 percent of all digital assets in existence can be supported by the Komodo DEX. Each integrated asset can have a direct trading pair with all other integrated assets.

In line with the open standards effort of the Komodo DEX, there are no listing fees involved with integrating cryptocurrencies or tokens. Additionally, transaction fees on the DEX are as low as 0.15 percent per transaction. It is important to note that only one party in a swap pays transaction fees.

Cryptoslate was also informed about the Komodo mobile DEX application, which is currently in private alpha testing stage. The mobile application is said to have full features and functionalities of the DEX.

A number of cryptocurrency businesses have had to close down or downsize in the current market due to financial constraints. This is purportedly not the case with Komodo, as they recently made two new additions to both their development and marketing teams.

According to Stadelmann, the Komodo team has been operating efficiently. The team has been more focused on software development rather than marketing, allowing them to remain lean. As a result, the CTO expects his team to continue operating for the next five to ten years without any financial problems.

More conclusively, according to the Komodo CTO, the platform is “making progress in delivering its services.”