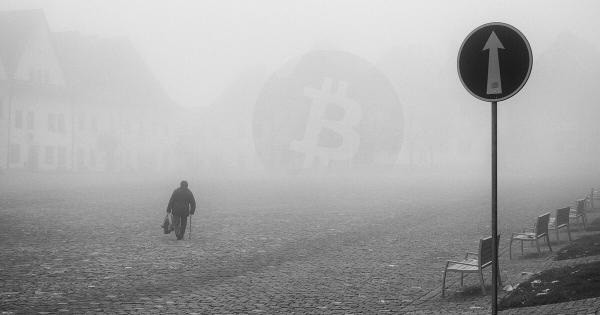 Photo by miro polca on Unsplash

On Project Syndicate, Roubini outlined 10 major factors that will fuel the next financial crisis, with one of the main factors being the rising inflation rate dictated by the Federal Reserve (FED).

“Second, because the stimulus was poorly timed, the US economy is now overheating, and inflation is rising above target. The US Federal Reserve will thus continue to raise the federal funds rate from its current 2% to at least 3.5% by 2020, and that will likely push up short- and long-term interest rates as well as the US dollar.”

Likelihood of the Next Financial Crisis

Reserve currencies or fiat money is controlled by one entity that is the central bank. While the value of fiat money tends to be stable because it represents the economic state of a nation, a rapid increase in inflation rate and the overheating economy could lead to the devaluation of the currency.

In 2018, the crypto market suffered its fourth-worst correction in history after recording an 80 percent decline in valuation. Still, several cryptocurrencies outperformed a handful of national currencies including the Argentinian peso, Venezuelan bolivar, and Turkish lira.

The US dollar remains strong in value, as well as other major reserve currencies like the Chinese yuan, Japanese yen, and the pound sterling. But, if a financial crisis occurs in the next two years as predicted by Roubini and most recently, Kim Dotcom, then every traditional asset and commodity including stocks, bonds, and currencies will suffer a steep decline in value.

The big crash is coming.https://t.co/1K5tZqogTA

More importantly, as Roubini emphasized, the increasing financial obligations of the US, which is evidently portrayed by the staggering increase in mortgage, student loan, and credit card debt, is expected to intensify the next recession, which may make it worse than the 2008 financial crisis.

“Finally, once the perfect storm outlined above occurs, the policy tools for addressing it will be sorely lacking. The space for fiscal stimulus is already limited by massive public debt. The possibility for more unconventional monetary policies will be limited by bloated balance sheets and the lack of headroom to cut policy rates.”

For many years, Roubini has been an avid critic of Bitcoin, stating that cryptocurrencies offer no value to the economy and that they have failed to evolve into major currencies.

However, as seen in the increase of adoption of cryptocurrencies by regulated financial institutions like Goldman Sachs, Morgan Stanley, and Citigroup, it is obvious that banks, institutional investors, and investment firms do not side with criticism that offers meritless arguments to condemn the legitimacy of cryptocurrencies as an emerging asset class.

Anthony Pompliano (a.k.a. “Pomp”), founder and partner at Morgan Creek Digital, stated that institutions will feel pressured to invest in the cryptocurrency market in the upcoming years as an alternative to traditional assets that are deeply correlated to the broader financial market.

Unpopular opinion: Institutions will come under pressure in next 5 years if they have 0% exposure to Bitcoin & digital assets. As fiduciaries, they need to invest capital in the best risk-adjusted opportunities.

Already, driven by the efforts of Coinbase, BitGo, Goldman Sachs, and many other companies in the finance sector to develop trusted custody solutions around cryptocurrencies, institutions have started to take interest in committing to the asset class.

The emergence of the next financial crisis will only speed up the rate at which funds from the traditional finance market flow into the crypto sector.