If you are hodling Cardano, SUSHI or UNI, you are most likely in loss

Holders of Cardano, Sushiswap and Uniswap top the list of losers as the assets have lost over 50% of their ATHs. 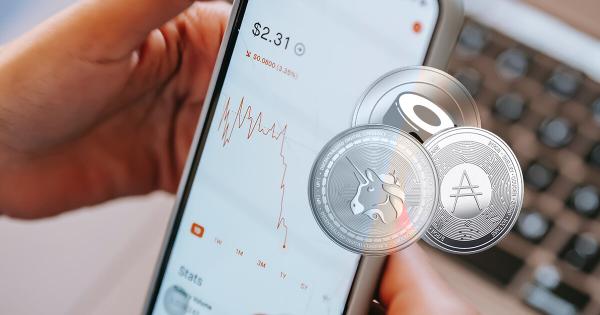 Photo by Liza Summer from Pexels

There is no denying the fact that the crypto industry is currently bleeding as the market cap of the industry which recently touched a high of over $3 trillion is now barely above the $2 trillion mark.

This has had a ripple effect on the market and addresses holding a number of certain digital assets appear to be the most affected.

Cardano, Sushiswap and Uniswap holders are in red

According to data from IntoTheBlock, over 70% of addresses holding Cardano are currently at a loss. Other notable crypto assets whose holders are at a loss include Sushiswap with over 80% and Uniswap at 71%.

For any address with a balance of tokens, ITB identifies the average price (cost) at which those tokens were purchased and compares it current price.

You’ll recall that we reported that Cardano’s price had dropped rapidly after the digital asset had reached a peak of $3.10 in early September. Since then, the asset has lost over 50% of its value and also its position as top 5 crypto asset by market cap.

For Sushi and Uni, the native tokens of two leading decentralized exchanges, their values have plummeted rapidly since reaching a new ATH earlier in the year. Sushi, for instance, has lost 75% of its ATH while UNI has lost almost 68% of its ATH.

BTC, Ether, Doge and Shiba holders smile to the bank

While holders of the earlier coins are still smarting from their losses and the bearish nature of the current crypto market, holders of Bitcoin, Ethereum, the two popular meme coins, Dogecoin and Shiba Inu plus holders of Polygon’s Matic and Algorand are raking in the profit.

Interestingly, many of these coins in profit have recently rallied to new highs though they have since lost steam as the wider crypto market is facing a widespread correction.