Since the launch of Cardano’s Alonzo upgrade, the value of the smart contract platform has dropped by close to 50%. 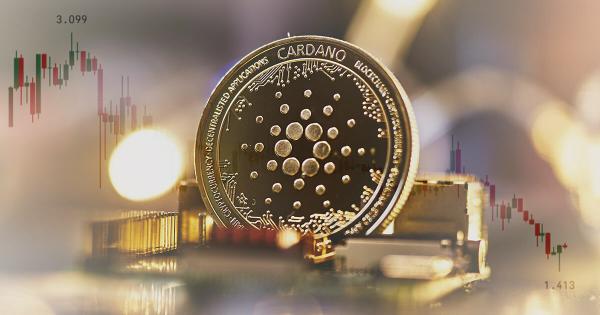 Photo by Michael Förtsch on Unsplash

Ordinarily, when a crypto network sees an upgrade, its price tends to have a positive reaction, like it was seen during the launch of Ethereum’s EIP-1559 when the value of the asset rallied above the $3,000 mark again.

However, in the case of Cardano, despite the implementation of its highly anticipated Alonzo upgrade that brought smart contract features to its blockchain, the value of the asset has seen a massive decline in its price, dropping by close to 50% according to data.

Cardano’s price had peaked at $3.10 on Sept. 2 as anticipation of its Alonzo upgrade had reached a crescendo while also leveraging on the news of El Salvador’s BTC adoption. But the general crypto market witnessed a sharp decline on the day that El Salvador officially adopted the flagship digital asset.

Cardano parent company, Input Output Hong Kong (IOHK), would later announce the implementation of the Alonzo upgrade on the Cardano blockchain thereby bringing the much anticipated smart contract features to the asset.

This announcement, though, had a positive effect on the value of the asset, as it led to the price moving to $2.71; however, this did not last long as the price plunged below $2.5 less than 24 hours after.

Data from CoinMarketCap shows that since the implementation of the Alonzo upgrade, Cardano’s market cap which was very close to breaching the $100 billion mark has plummeted to just above $50 billion with the asset losing its bragging right as a top 5 crypto asset by market cap too.

While Cardano’s price has declined rapidly since September, Solana, another digital asset that has been dubbed the “Ethereum killer” has seen a massive rise in its value and adoption from institutional investors.

Per available data, Solana’s value still reached a new ATH of $260 on November 6. Apart from that, DeFi protocols built on its network have seen their TVL rise to over $14 billion within the same period. Another fact worth noting is that the adoption of NFTs on Solana has been rising thanks to its partnership with FTX.

At press time, Solana is the fifth-largest asset by market cap and it is currently trading for $203.

eToro cites regulatory concerns as it plans to delist Cardano and Tron for U.S users