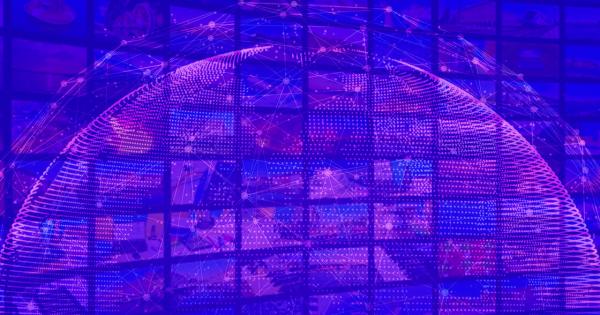 While people are consuming more media than ever before, the ways that they are doing so is changing. Our lives are increasingly mobile and digital, which has given rise to new opportunities for content consumption.

For example, the number of cable subscribers has plummeted, but video platforms like YouTube are attracting more than 1 billion active users each month. Using this platform, niche content creators and mega-producers alike can create compelling content for the masses.

Even more profoundly, the music industry is being reshaped by streaming services like Spotify and Apple Music.

Traditional record sales and FM radio attention are waning because, for a small subscription fee, users have access to a library of more than 45 million songs whenever they want it.

According to data provided by Statista, in 2017,

“the average American spent 721 minutes per day with media.”

All of this attention is being spread out among many disparate services, and, and Current is striving to unify those services on a single platform and under and more inclusive compensation umbrella.

Current is a trifecta of a media consumption experience. Most prominently, Current is a platform that consolidates many media streaming services into a single access point. As a result, it’s able to add additional features and incentives that are intended to enhance the viewing or listening experience.

Their platform is also designed around a shared data protocol that allows third-party providers to access and mature the ecosystem.

Finally, Current offers a digital token. Its CRNC (pronounced “currency”) token, serves as a medium of exchange on the Current platform.

The CNRC token is a utility token housed on the Ethereum blockchain. It intends to monetize users’ time, attention, and data. The current platform is starting with streaming media, but they have intentions of branching out into other forms of media as well.

Current brands their platform as a place that gives everyone more of what they want. As their one-pager asserts,

“Consumers get more choice in how they pay for media, creators and curators get more compensation, and advertisers get more transparent accounting and audience information.”

The token can be used to pay subscription or premium access fees for integrated services. For example, a Current user accessing YouTube through the platform could use their accrued CRNC token to pay for a YouTube Red subscription.

One Platform. Many Functions

In addition to compensating users for their platform participation, Current strives to use the comprehensive data points, attained from the various platforms plugged into its service, to create more compelling, curated content suggestions than any one of these platforms could independently provide. 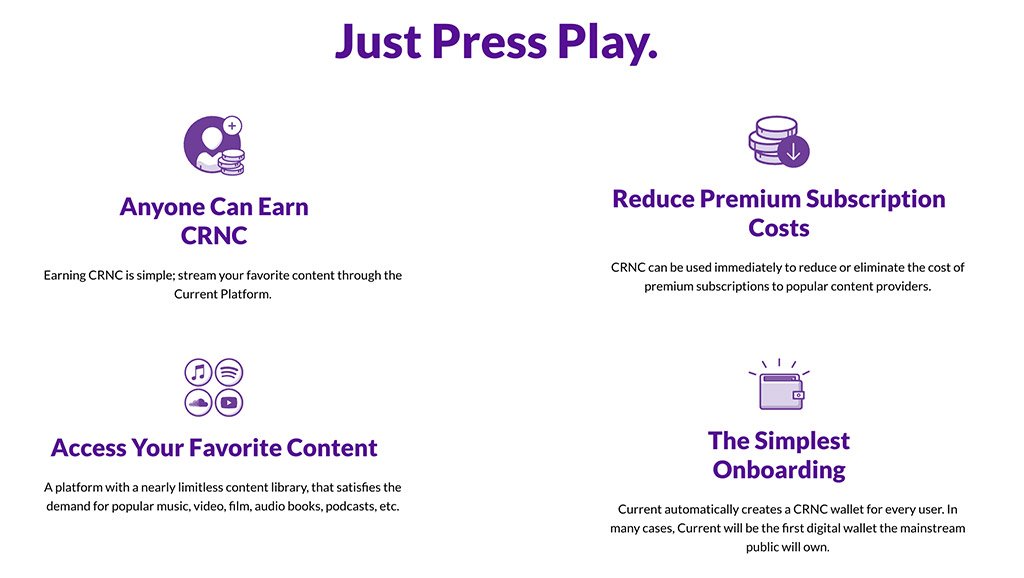 This feature, like the compensatory benefits, is designed to keep users plugged into their platform.

Based out of Chicago, Current has an impressive team of developers and advisors.

Current is fronted by CEO and co-founder Don Novaes. He’s joined in leadership by co-founders Nick McEvily and Kiran Panesar.

While McEvily and Panesar are more technically oriented, Novaes has attracted significant attention within the blockchain space.

According to his official biography,

“Novaes has been profiled in Forbes, Entrepreneur, and Bloomberg TV for his entrepreneurial achievements and amassed a following of 1.2M.”

Besides to their leadership team, the Current core team is comprised of 11 members who are focusing on all aspects of the platform’s development.

What’s more, Current has a robust team of 14 advisors. Most notably, Mark Cuban, famed investor, reality TV personality, and owner of the Dallas Mavericks, sits on their board of advisors.

The co-founder of Bancor, Galia Benartzi, is also an advisor.

The Current CNRC token is in its pre-sale phase. Although it was scheduled to go on sale in early February, CEO Dan Novaes commented in Medium, that surging demand has forced them to delay their whitelisting until later in February. Novaes wrote in the post,

“We have had to make some modifications to our dates in order to accommodate the extraordinary amount of interest we are receiving.”

According to their documentation, Current’s presale will occur in February, and their main sale will take place between March 14, 2018 and April 4, 2018.

Who is This For? 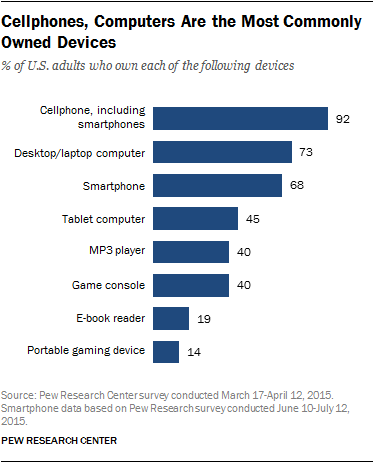 They promise additional service integrations as their platform continues to proliferate.

Even with their present offering, Current contains a smattering of popular platforms that address a wide variety of media consumption. In total, nearly 70% of adults own a smart device, and, in many ways, Current caters to all of them.

This differentiates Current from many other blockchain initiatives. Rather than promoting a product for a niche market, Current’s platform has a broad appeal in a compelling marketplace.

Based on their own reporting, Current already has more than 200,000 app users. also They boast almost 5,000 Twitter followers, 900 Telegram members, and 14,000 Facebook likes.

Although the CNRC token is still in its pre-sale phase, users can download the Current app from the Apple or Android app stores.

Current recently announced that it’ll be doing an AirDrop of $4 million worth of tokens to its community in lieu of a public token sale. Airdrops have become a popular way to distribute tokens to a wider audience, thereby making the ownership pool of holders larger and more decentralized.

You can read learn more about the Current AirDrop here.

With the incredible excitement surrounding their token pre-sale, their compelling platform, and their established user-base, it’s hard not to be excited about CNRC’s potential to dynamically change the media consumption environment.

After all, who would have thought that a small startup like Netflix would eventually compromise the entire cable industry? Of course, Current isn’t disrupting an existing industry. Instead, they intend to improve the existing infrastructure so that it works better for everyone.

While broad adoption is always a concern for blockchain startups, Current is particularly reliant on third-party cooperation to provide their unique content experience. Having already partnered with many of the most popular media platforms available, Current is off to a good start.

As they continue to add content platforms and as their user base expands, it will be exciting to see the ways that Current can change, and possibly improve our media consumption experience.

For more information on Current, watch this short video (0:52) or check out our Current (CRNC) ICO profile: