Since 2017, the price of XRP has held up well above an important long-term support level at $0.19. 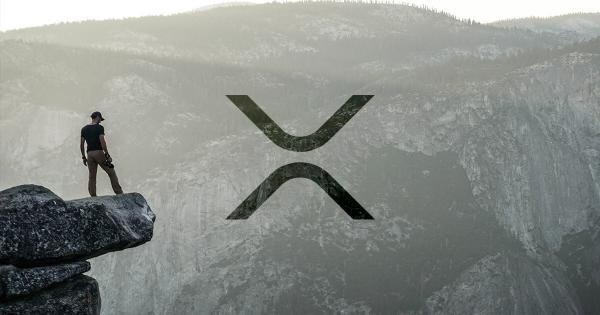 Since 2017, the price of XRP has held up well above an important long-term support level at $0.19. However, earlier this week, the XRP price was at risk of breaking below this key support level for the second time this year.

When the previous strong support level at $0.30 was breached, the XRP price fell steeply, unable to recover above the area of interest for several months.

A retest could have led to a further pullback for an asset that is already down 93 percent from its record high in January 2018.

A relief rally is still not confirmed for XRP

Cryptocurrency trader and technical analyst DonAlt said that similar to $0.30, the $0.19 level is important for XRP and that the price action of the cryptocurrency has been quite technical. He said:

While Bitcoin seems to be oversold based on various technical indicators and has shown signs of a relief rally in the short term, if it tests lower supports as suggested by some traders in the $6,000 range, it is likely to heavily affect the altcoin market once again.

XRP has avoided a large pullback below $0.19 this weekend due to the swift recovery of Bitcoin, but if the BTC price fails to see an upside movement in oversold territory, XRP could still be vulnerable to a further fall.

Throughout 2019, Ripple, a San Fransico-based company that builds the ecosystem around XRP, has secured high profile partnerships to bolster the usage of XRP.

Most of the partnerships have not had a significant effect on the short term price trend of XRP, but as said by Ripple CEO Brad Garlinghouse, the community anticipates that it would increase the liquidity of both XRP and RippleNet, creating a better ecosystem for growth.

“This year has been our strongest for Ripple yet. In 2019 we’ve seen continued momentum with customers, growth of RippleNet and adoption of On-Demand Liquidity. In just a year since we launched ODL, we are already making an impact on the bottom line for our customers. We’re excited to continue this momentum into next year and for the expansion of ODL into new markets.”

Whether the lack of a positive price action amidst the “strongest year for Ripple yet” as described by Garlinghouse could be a factor for the recovery of XRP in the medium term remains to be seen.

For now, traders are closely observing key support levels that have prevented a further pullback for XRP in recent months.

Over $20 billion have been wiped off Bitcoin’s market cap in the last few days.