Staking Cardano (ADA) from Yoroi is an easy and straightforward process, very similar to staking your funds from Daedalus. 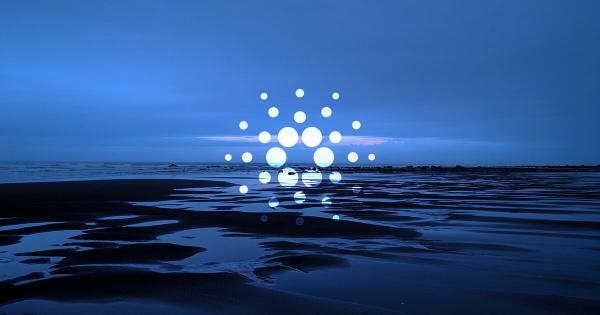 Staking Cardano (ADA) from Yoroi is an easy and straightforward process, very similar to staking your funds from Daedalus. With support for more wallets added every day, the Shelley era of the Cardano blockchain is slowly becoming a reality.

Yoroi users can now stake their ADA right from Yoroi

With Shelley, the staking era of the Cardano blockchain, now being well underway, more and more platforms and applications are getting their much-needed Shelley upgrades. The latest major platform to switch from their Byron-era code was Yoroi, a lightweight Cardano wallet.

On Aug, 11, the delegation update was released, enabling Yoroi users to delegate their funds to a stake pool through the desktop version of Yoroi.

Which stake pool are you delegating to? Share a screenshot using the delegation dashboard! pic.twitter.com/3nSypyPg8Q

Those familiar with the Yoroi interface most likely won’t have any problems delegating their stake. Users that have previously used Daedalus or participated in the Shelley Incentivized Testnet (ITN) will also find the process rather easy and straightforward.

To begin, users will need to have the Shelley version of Yoroi installed. The application can be downloaded from the official Yoroi website.

Staking ADA from Yoroi in a few easy steps

Once downloaded, users should select the mainnet version of Yoroi.

To begin the staking process, users should go to the delegation center on Yoroi, where they can enter the ID number of the stake pool they wish to delegate their stake. Websites such as Pool Tool and AdaPools offer a comprehensive list of available stake pools and enable users to filter through them using various criteria.

After choosing a stake pool, users should copy their ID number into Yoroi’s delegation center. This will provide a link to view the pool’s web page where users can find more information about the specific fees and rewards offered by the selected pool.

Once the stake pool is chosen, users proceed to the next step where they’re required to enter the amount of ADA they want to delegate. At press time, those delegating from Yoroi are required to pay a delegation fee of 2.174 ADA, a transaction fee of 0.17 ADA, and a 2 ADA deposit.

The approximate rewards users will get for the amount they want to delegate will be calculated after they’ve entered their spending password. Entering the password is also the final step in the process, which initiates the delegation.

Users can see the results of their delegation on the Yoroi dashboard. The ability to see which epoch the rewards will come into effect will appear within a few minutes of delegating.