How Constellation is perfecting blockchain onboarding for big enterprise

Big enterprise is ditching old tech for blockchain with help from Constellation Network. 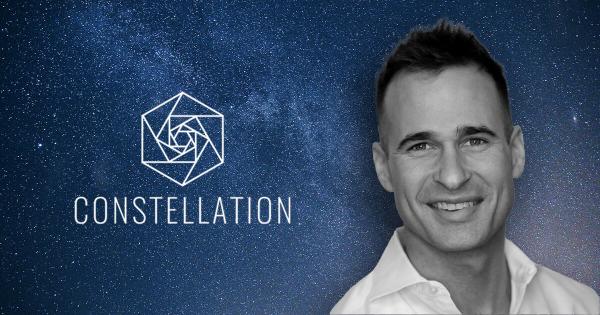 While large enterprise adoption might be one of the least sexy topics in the fast-moving world of crypto and blockchain, it just might be the most important catalyst to a futuristic reality where everyone and everything is being recorded on a distributed ledger.

As a global economy, we’re now in a transitional phase where some quick actors have been keen to get ahead of the game by ensuring their infrastructure is built on the most advanced tech available.

However, many large tech brands who play a pivotal role in making the world go-’round have been running on all sorts of archaic technology that is quite simply put, just not efficient enough to keep up the pace. To get some deeper insights into mainstream adoption, we had a chance to sit down with Benjamin Diggles of Constellation Network.

What is the problem the Constellation Network is trying to solve?

Entrepreneurs building applications in any industry can add blockchain-like functionality and attach incentives to real-world business metrics and outcomes. Like WordPress, we provide an open-source framework with robust developer tools that anyone can build on. Constellation’s state channels are built on our L_0 standard. We provide data assurance tools and incentives while tapping into the unique capabilities of blockchain technology, providing immutability, security, auditability, and traceability.

Constellation’s decentralized value-based network, called Hypergraph, is built for speed and scalability and leverages a reward layer that is used to maintain the network. Currently, Hypergraph supports millions of transactions a month and enables a feeless peer-to-peer network that is used to transport our cryptocurrency $DAG, which is validated by a reputation-based consensus. As a microservices framework on a network powered by rewards, advanced business logic and data can be connected to our feeless and scalable network, governed and optimized by mathematical proofs.

Constellation is forging blockchain entrepreneurship through an ecosystem of businesses and state channels powered by $DAG utility. Constellation’s L_0 state channels are an evolution of smart contracts but provide robust business logic to create a new cryptocurrency standard, data assurance, traceability, and accountability to stakeholders.

What is the current timeline for autonomous vehicles and why is a blockchain-based solution necessary?

One of these is the issue of sharing data between vehicles, companies, and the users driving the cars. The vehicles need to safely and reliably communicate telemetric data that could save lives. At the same time, they may need to collect personal data of the drivers for development purposes  — a potentially tough proposition in the modern world.

There are different levels of how autonomy is defined in vehicles. Currently, most vehicles in production have some sort of assisted driving capabilities but we are still a ways out on seeing fully autonomous vehicles. That said, with the introduction of Blockchain technology the pace at which AVs are moving into production has sped up significantly. The timelines vary based on the infrastructure support in different countries. Newly developed areas like the West Coast of America are going to see full autonomy driving in the next 5 years – well before an area like Cairo, Egypt will be able to absorb this type of orchestration.

In order for true vehicle autonomy to take place, there needs to be a network, or series or networks, that orchestrate the communication between the vehicles, machine components and devices. And there is no right answer for who owns the network because there are issues with trust, security and ownership of IP. Distributed Ledger Technology is the key element in solving the biggest barriers to orchestrate these networks. By providing a secure series of trustless networks, AVs can communicate with one another while maintaining an audit trail of the ownership of data. This is what has changed the game for accelerating autonomous vehicle networks.

How will users of the network be incentivised for participation?

In order to create a L_0 token or state channel, you are required to purchase $DAG or deploy a node that receives rewards for maintaining the network and participating in consensus.

What are the pros and cons of traditional blockchains versus DAGs?

The concept of a DAG cryptocurrency (directed acyclic graph) was first introduced in 2015 by Sergio Demian Lerner in his paper outlining his concept for a digital currency called DAG coin. DAG technology is an alternative system that allows cryptocurrencies to function similarly to those that utilize blockchain technology without the need for blocks and miners.

A DAG is a finite directed graph that does not have directed cycles.  It consists of an infinite amount of edges and vertices, each edge being directed from one vertex to another without having to start at any one particular vertex or follow a consistent or directed sequence of edges to loop back to the same vertex again.

Every technology has its own share of limitations, and it’s no different with blockchain. Here are some of them:

Blockchain technology and the usage of block confirmation leads to scalability issues. Forks on the bitcoin blockchain like BCH, SegWit2x etc are aiming to solve this issue, however, if these issues are unsolved, we’ll see rising issues with transaction failures, high transaction fees, and long transaction times.

With the increase in popularity of blockchain and cryptocurrencies, the cost of hardware is on the rise. This is also raising the cost of entry to mining, thereby making it centralized.

This is a common issue in all blockchain based systems. The basic goal should be that system should be able to handle the volume of transactions without choking.

Traditional crypto currencies are experiencing rapid centralization which is making individuals within the network powerful and able to take advantage of the system.  This is particularly apparent with bitcoin.

To explain that, let’s look at another metaphor, ‘The Party’. In more traditional blockchains, the party host (Let’s call him Satoshi) provides the food/drinks (i.e resources) for the party. When the guests arrive, the number of resources can only accommodate so many people, the portions are small, and then everything eventually runs out and Satoshi’s party ends. Think of Constellation DAG like a potluck (a party where everyone brings food/drinks). With every added guest (node to the network), the more resources the party has to keep going. This is the nature of a DAG, and of Constellations approach to scaling.

Tell us more about the Proof of Reputable Observation consensus. What is the advantage over proof-of-work or proof-of-stake?

The Proof of Reputable Observation consensus represents benevolent behavior across Constellation that is rewarded and should be imitated to improve a nodes overall reputation within the system.  In short, as each device on our network acts as a node, and the behavior of each individual node works along with other nodes to ensure the success of the greater network.

How will the Connected Mobility Data Marketplace work?

The CMDM working group aims to enable a DLT based data marketplace for stakeholders of the mobility data space, including OEMs, insurance providers, advertisers, and others to effectively gather, record, access and share data with others. The group is working on standards for vehicle, infrastructure and user data and respective interactions exchange. The system will provide a foundation for applications to be built for a multitude of use, including but not limited to V2X data exchange, targeted advertising with car data, sharing/monetizing AV driving data for better driving algorithms through machine learning.

What will Constellation Network adoption look like in the next few years?

Traditional blockchains and ecosystems provide one metric to capture value on a value-based network: fees. This is programmed and pre-determined in traditional layer 1’s (base layer). This prevents the efficient transportation of data due to fluctuating and high fees for every application that builds on a fee-driven base layer and thus limits the number of currency sinks that are needed to drive a digital economy of the future. These networks are also slow and cumbersome and are not built to manage complex business logic to meet real world needs.

Constellation’s Network, Hypergraph, and transportation protocol HGTP provide speed, security, and L_0 consensus with no base layer fees. Through the creation of state channels with advanced programmable business logic and a feeless peer-to-peer network, we provide a myriad of opportunities for anyone to develop a business that attracts value from the Constellation ecosystem – with economic incentives.

Our aim is to attract the next blockchain entrepreneur to build a scalable business with confidence from multiple stakeholders that engage with the business. Over the next few years, anyone will be able to build and conduct a business using Constellation’s blockchain technology by using the “DAG Terminal” – a user-friendly interface complete with open-source developer tools. This interface does not require the user to know how to code but offers deep level access to developers looking to customize network and crypto deployments as they wish.

Our scalable and easy-to-use blockchain infrastructure will make an impact not only in the legacy enterprise market but also in the emerging world of crypto tools and decentralized applications.