The Input Output CEO addresses concerns over his educational qualifications, insisting the drama changes nothing with what he intends to achieve. 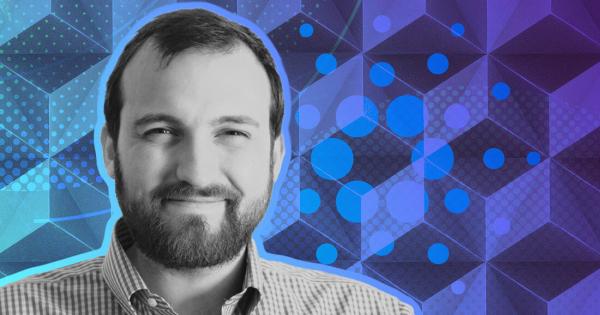 It’s been a tough week for Charles Hoskinson following accusations he faked his educational attainment. The incident has acted as a catalyst for attacks against Cardano, stoking the flames of tribalism further.

But in a live stream titled “Angels and Demons,” in reference to the psychological tendency to praise or vilify figureheads, he responds to the accusations by saying he is a University of Colorado Boulder maths graduate and did drop out of a Ph.D. program. The latter point was never in question as he didn’t claim to have a doctorate-level education.

“Yes I do have a college degree, yes I do have graduate credits at CU Boulder in math, and yes I am a dropout because I didn’t by definition complete the things that I set out to do…”

The purpose of the video was to call out the unreasonable way sections of the crypto community responded to the accusations.

Cardano is more than the people that work on it

Hoskinson said it was unfair that people lumped their concerns with him and the Cardano project together. However, he acknowledged that “that’s the world we live in.”

“The problem I have is that any concern or issue with me is in some way connected to disintegrity of the Cardano project or the work of other people. And that’s not fair, and unfortunately that’s the world we live in…”

To add to this, he said the work that has gone into Cardano is open, transparent, and can be verified by anyone. For that reason, founders, petty squabbles, and rivalries don’t matter.

“Every single thing in the Cardano ecosystem is the product of people spending time to write stuff or code stuff, and each and every one of you can see those things and verify these things for yourself.”

Offering his take on the situation, Hoskinson puts it down to “Angels and Demons,” which is a bias to love or hate somebody depending on what they stand for or represent. But because people are not infallible, Hoskinson closed off this point, saying “the truth is somewhere in between.”

Hoskinson conceded that while people can let you down, the point of decentralized projects is to have a system in place that takes away human failings.

“The entire point of the labors of Cardano and all these other projects has always been to take the things where we can’t afford people to let us down. Our money, our privacy, our life, our liberty. Put them in the hands of agents who never can [let us down] by design.”

Summing up the situation, he attributed this week’s drama to angry, upset, and fearful people looking for meaning in a world that is becoming increasingly meaningless.

With that, he assured the Cardano community that he intends to press on with the work that needs to be done.