GensoKishi prepares for early-stage investors and partners up with TrustPad

GensoKishi Online and TrustPad recently announced a strategic partnership that will leverage increased promotion ahead of the iconic game’s governance token IDO. 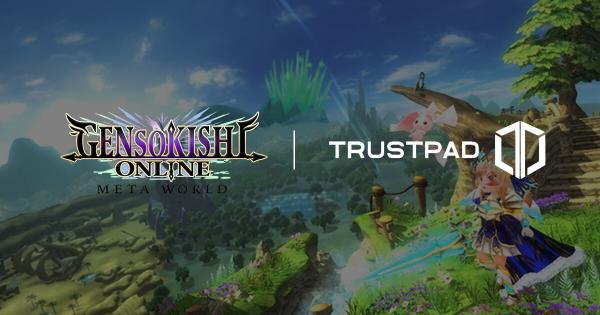 GensoKishi Online partners up with the first decentralized multi-chain fundraising platform, TrustPad, to take full advantage of the boosted marketing ahead of the iconic game’s token IDO.

The new GameFi version of the popular GensoKishi game from 2008 is about to benefit from increased awareness and new players brought in by the collaboration with the launchpad partner.

As an additional benefit of collaborating with TrustPad, GensoKishi will receive full support from the DeFi Launchpad Association.

GensoKishi Online “META WORLD” is a new GameFi version of the popular GensoKishi game that won the “Game of the Year” Gold Award in Taiwan back in 2012.

The iconic game already accumulated 8 million downloads in total, and set the wheels in motion for this month’s token listing on DEXs–Uniswap and Quickswap.

However, the team announced that the consultation with their new launchpad partners lead to a decision to postpone the MV token IDO and take advantage of the increased public access and exposure to the project.

According to the announcement, the GensoKishi IDO will also be supported by other members of the DeFi Launchpad Association.

Such reinforcement ahead of the launch could leverage vigorous early-stage support–and one GensoKishi decided not to pass up.

While combining “Free to Play”, “Play to Earn” and “User Generated Contents to Earn” elements into one game, GensoKishi Online “META WORLD” is set to conquer the GameFi sector.

The MV token represents “the most important token of the game,” as it leverages utility outside of gameplay, while ROND constitutes the in-game economy.