Nader Al-Naji wants to break the stranglehold of existing social media platforms. But with a great deal of wariness surrounding BitClout, can the community take his claims at face value? 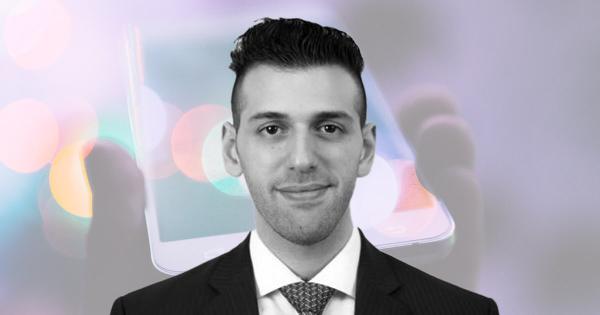 Former Google engineer and founder of BitClout, Nader Al-Naji, talks about the next revolution in crypto as he sees it – DeSo, or decentralized social.

Al-Naji recently divulged that he is the brains behind the BitClout platform, which launched in March amid a flurry of controversy that continues to this day.

Nonetheless, in taking blockchain social media to the next level, Al-Naji said he had raised $200 million with a view to building out the DeSo ecosystem.

“After over two years dedicated to solving the existing problems with social media, I believe, for the first time, we have a clear path to a solution with DeSo. A solution where creators, developers, and users come first– not shareholders.“

But with BitClout still courting controversy, how much traction can Al-Naji expect with his grand plans for DeSo?

Why is BitClout controversial?

DeSo sells itself on disrupting the stranglehold of centralized entities that control social media. It follows that a huge power imbalance exists between these entities and the creators who produce the content.

“the creators who actually produce this content are underpaid, under-engaged, and under-monetized thanks to an outdated ads-driven business model.”

In addition, the current paradigm also encourages “walled gardens” that stop innovators from developing on top of existing platforms. Thus leading to protectionism and stagnation.


Enter BitClout, which attempts to break the grip of social media firms with its decentralized blockchain network capable of supporting features such as postings, profiles, and a follow system.

Specifically, the BitClout platform centers around a monetization tool called “social tokens” or “creator coins,” which works by profiles having a market value based on the profile’s buying and selling activity. This is analogous to a crypto exchange for social media creators.

That’s all well and good, but as pointed out by Michael Cholod, who describes himself as the “Chief Executive Decentralist” at digital security firm Manyone, this is identity theft.

“But here’s the thing—none of the influencers gave BitClout permission to use their profiles, they are not being compensated by BitClout, and none of them own their Creator Coins.”

Even more sus, Cholod states that user funds are locked on the platform with no way to withdraw or exchange for goods and services.

On the matter of identity theft, Al-Naji explained that they “pre-created profiles” of influential social media creators to prevent people from “squatting their usernames.”

“We put them onto the blockchain, and essentially pre-created their profiles for them. The biggest reason was actually to prevent people from impersonating them and from squatting their usernames…”

He acknowledges that controversy comes from allowing users to buy into unclaimed profiles. But insists that this is good because the value has accrued before the creator claims their profile. This, he described as a “net-positive thing.”

No questions were asked or comment made regarding funds locked on the network.

In terms of the future for DeSo, Al-Naji states that the walled gardens of today will disappear. In its place will be an open ecosystem of content where anyone is free to build apps on top of it.

In expanding on this, Al-Naji gave the example of sports fans having a social feed curated by ESPN.

All in all, the upshot to his vision of DeSo is competition and innovation in social media.

Amazon rumours lead to $1 billion in crypto ‘shorts’ getting liquidated