Execs from Amazon, Samsung, IBM, and Bitmain to speak at TF4 Blockchain Conference in Seattle

TF Blockchain is set to hold its fourth sold-out conference in Seattle on Thursday, November 14, where it will host some of the biggest names both in tech and the crypto industry, including high-level executives from Amazon, Samsung, Coinstar and IBM. 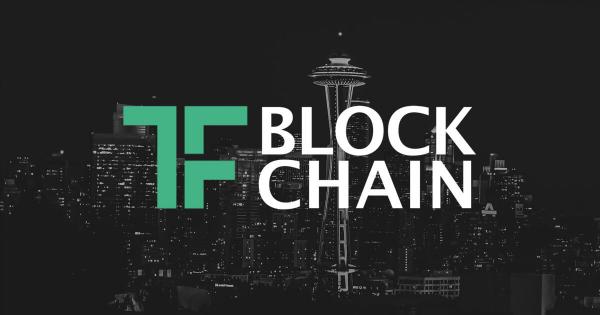 TF Blockchain is set to hold its fourth sold-out conference in Seattle on Thursday, Nov. 14, where it will host some of the biggest names both in tech and the crypto industry, including high-level executives from Amazon, Samsung, Coinstar and IBM. The conference, which will keep it small with only 200 tickets put on sale, wants to bring industry experts together in an intimate conference experience.

The conference aims to create an intimate setting where people could build meaningful and long-lasting relationships, which is why it is capped at only 200 attendees. To help facilitate deep and meaningful debates, the conference will feature interactive discussions with speakers and hold networking sessions throughout the day.

While a more detailed schedule is set to be released in the following weeks, Bitcoin payments and blockchain implementation are set to be the main topics of discussion at the conference. Most speakers will focus on connecting the bridges between blockchain and enterprise, discussing big enterprise investments in blockchain and crypto adoption, as well as corporate in-network currencies such as Libra.

Steve Adams, Head of Technology for Coinstar, will be discussing how Bitcoin has become relevant to their business and provides opportunities for growth, through selling bitcoin at their change kiosk, thanks to their partnership with Coinme.

Regulatory compliance will also be discussed during the conference. The founder and CEO of crypto tax management company ZenLedger, Pat Larsen, and Coinme’s chief compliance officer Antonio Alvarez will be among those giving their input on the topic.

An advisor to the Citizen Coinage Advisory Committee, which works alongside the U.S. Secretary of Treasury, as well as partners at two prominent law firms will also discuss compliance.

TF Blockchain hosts its conferences in eclectic places focusing on high-value networking. After hosting past events at the top floor of Seattle’s tallest building, they will be hosting at the Triple Door, Seattle’s most intimate concert venue.

“It’s no longer a question of ‘if’ blockchain, but ‘when’ blockchain, with top companies in the world such as Amazon, Microsoft, Facebook, and IBM, and now even the President of China committing to blockchain technology development. We believe every company needs to be aware, begin learning, and begin formulating a position around blockchain in regards to their company and products to stay on the cutting edge, or otherwise risk being left behind. TF Blockchain and TF Labs is here to help with this education though our events and guide companies to establish a point of view regardless of when they might implement.”

The director of mining operations at Bitmain will also be one of the speakers alongside the founder and CEO of Coinmine, Farbood Nivi.

In addition, Jonathan G. Blanco will be sharing more details about TF Labs, the consulting arm where it works with companies of all sizes to build out what Blanco calls “Blockchain Product Strategy.”

Pat Larsen is the CEO and co-founder of ZenLedger, a popular cryptocurrency tax solution. Learn More

Coinmine is the manufacturer of the Coinmine One — the first all-in-one crypto device that is made for use by everyone. Learn More

TF Blockchain Conferences are capped at 200 attendees, in order to provide an intentional and intimate conference experience. Learn More