CryptoSlate talked to Dfinity founder Dominic Williams about the May 10 Genesis. 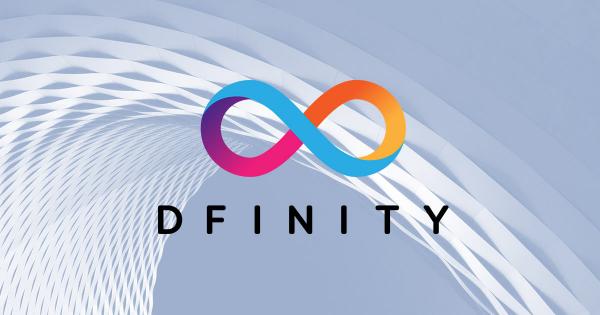 Headquartered in Zürich, Dfinity Foundation is a not-for-profit organization that is developing technology for the Internet Computer (ICP) blockchain and its aggressively growing ecosystem.

After five years of development, the project finally launched its governance token for public trading in May 2021.

Following a day of trading carnage, ICP landed among the top 10 cryptos, but the hype was short-lived as the token lost over 80% of its value in the following month.

“There’s a tidal wave level of misinformation out there, which reflects how big an impact the Internet Computer is making on the blockchain industry,” Dominic Williams, Founder, President and Chief Scientist of the DFINITY Foundation and Internet Computer project told CryptoSlate.

According to him “this misinformation is created by professionals who were/are shorting ICP, by shills from competitors, by ambulance-chasing lawyers, and by members of the press who just want clickbait.”

“The highest real price was recorded for a few hours on the first day, and was just over $450 (see Coinmarketcap.com). After this peak, the price mostly fell pretty consistently for the following month, and then in the three following months until now, has remained relatively stable. Within the last week it touched $88,” Williams commented on ICP’s “artificial drop-in price,” which, as he clarified, lasted only a few seconds when the markets opened.

“Why did this happen? We will never know exactly,” he said, adding that “what is obvious is that the Internet Computer underwent Genesis on the last day of a huge bull run in crypto,” when the price of Bitcoin (BTC) almost hit $60,000.

Unfortunately, as Williams pointed out, the very next day the market sentiment turned, Bitcoin fell to around $30,000 over the following 9 days and “the sudden change in sentiment had an outsize effect on ICP, because it is a new token.”

According to him, “a more mysterious factor is that in the days before Genesis, the ICP price on the FTX futures exchange suddenly rose by several hundred dollars, and this helped set the bullish initial prices on markets after Genesis.”

“Certainly, some shadowy players will have then made fortunes shorting ICP, which upsets me greatly,” he concluded, claiming that neither the DFINITY Foundation nor he performed any kind of rug pull.

He underlined that “the DFINITY Foundation didn’t sell any ICP for the first five weeks after Genesis, and then only to cover tax liabilities created by vesting RTUs paid to staff (Restricted Token Units).”

“Founders and executives were locked up entirely for the first week. For my part, I have sold substantially less than 5% of my holdings since Genesis – after working day and night on the project for years,” he added.

ICP’s agenda to directly integrate with the Bitcoin blockchain, along with the network’s promising stats, including 500 developers that are now building on the network and over 250,000 daily active users of dapps, open internet services, DeFi, pan-industry platforms, and websites built on the Internet Computer, boosted the renewed investor appetite.

1/ The #InternetComputer community is actively involved in designing and shaping the network's Roadmap.

The network recently surpassed 200 million blocks generated and, according to the project’s dashboard, “block height has increased by an average of 33% week over week since the May 10 Genesis launch.”

Block height has increased by an average of 33% week over week since the May 10 Genesis launch. 🤯 ♾ 🚀

“When the Internet Computer underwent Genesis four months ago, its new form of advanced smart contracts (called “canisters”) was supported from the get-go. Our raison d’etre is to support developers building exciting new things on the blockchain, and consequently, we are seeing ferocious growth. All kinds of new dapps are now appearing that it would be impossible to create on another blockchain.”

1/ Big news: The first $1 million in grant funding has been awarded to 60 entrepreneurs and developer teams building on the Internet Computer through the DFINITY Developer Grant Program 💸 https://t.co/GLacXtJLIW

Thus far, 65 grantees have received developer grants from the Dfinity Foundation’s near quarter of a billion-dollar grant program.

ICP’s market cap has recently surpassed 9,5 billion and the token is currently trading around $57.