Ukraine is facing a full scale invasion from Russia and has turned to cryptocurrencies to help support its army. 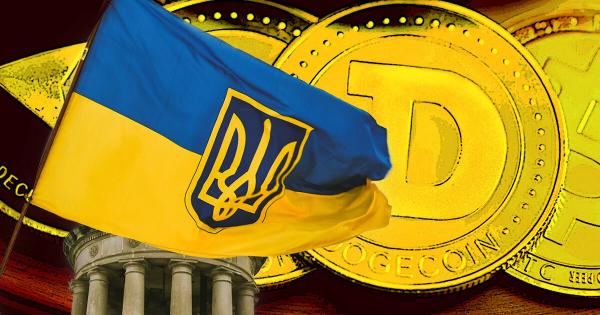 “Now even meme can support our army and save lives from Russian invaders.”

Fedorov said in the tweet that shared the official public key for Ukraine’s wallet. He also called on Elon Musk and DOGE founder Shibetoshi Nakamoto to lend their aid.

@dogecoin exceeded Russian ruble in value. We start to accept donations in meme coin. Now even meme can support our army and save lives from Russian invaders. $DOGE owners of the world, @elonmusk, @BillyM2k, let's do it. Official $DOGE wallet: DS76K9uJJzQjCFvAbpPGtFerp1qkJoeLwL

People have donated well over $35 million to support Ukraine against the Russian invasion over the last week. After the initial wave of donations, the country began to accept crypto with open arms.

The country is now planning an airdrop to reward donors with the cut off being March 3rd. It has also jumped on board various other crypto projects, including Polkadot after CEO Gavin Wood said he would personally donate $5 million to the country if it created a DOT address.

Meanwhile, someone has also donated a CryptoPunk NFT to the cause, although there is no telling if the NFT will reach its intended destination as it was sent from a custodial wallet connected to a central exchange.

Crypto has become a safe haven amid war

Crypto is quickly solidifying itself as a safe haven amid the war.

With the financial system falling apart in both Russia and Ukraine, record numbers of people are turning to crypto to save their wealth and escape with it.

Crypto market cap surpassed $2 trillion on March 2nd and is largely considered to be on the back of adoption in the war-stricken areas.

Russians are reportedly paying a $20,000 premium on the price of Bitcoin, which is currently trading at $43,806.70. The country’s financial system has been excluded from the SWIFT banking system, while Visa and Mastercard have suspended services to the country.

Tech giants like Meta and Apple are also making moves to suspend services to the country to oppose the invasion.