After recovering fairly well at the end of last week, bitcoin fell down below $39,000. Since then, the price of bitcoin has seen a strong recovery trading above 41,000. 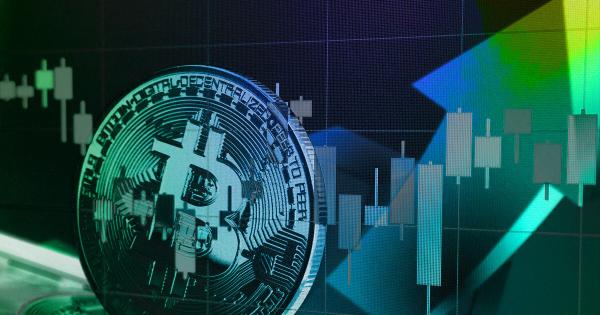 As the war in Ukraine continues, Bitcoin and the rest of the crypto market, including Ethereum, has been highly correlated to the traditional market. With the S&P 500 and Nasdaq opening cautiously upwards, bitcoin has once again spiked and is trading above $41,000. The correlation to traditional markets seems broken, at least for the moment.

According to data analysts Santiment, Bitcoin has remained closely pegged to the equities market, as traders await a breakout sign. The latest bitcoin market movements might be that sign, though it might be too early to say for sure.

Generally speaking, though there are several positive signs of the adoption and development of Bitcoin and other cryptocurrencies, the war, and the traditional markets reaction to it, is obviously setting the mood and sentiment in the crypto community as well.

Traders polarized with the war

According to Santiment, Bitcoin’s token circulation hit a 9-month high, revealing just how polarized traders have become with the war. This circulation spike is similar to what we saw on the so-called Black Thursday in March 2020 at the beginning of the pandemic, when crypto traders sold at the bottom.

Last week, as Bitcoin prices bottomed out at $34,700 with Thursday’s war news, whales have made some massive transactions. This has been the largest amount of both transactions involving more than $100,000 and transactions with more than $1 million in bitcoin (BTC) since the 24th of January, when prices jumped over 15% the week following.

LUNA outperformed all other top 10 cryptos

After taking a hit on the same day the Russia-Ukraine war broke out, bottoming out at $34,740 on Thursday, Bitcoin and a host of other cryptos made a remarkable bounce back to well above $39,800, almost reaching $40,000. After a pullback over the weekend, bitcoin is trading above $41,000 at the moment of writing.

Bitcoin is up about 4.9% on the daily, and up 6.7% on the week. Ethereum (ETH) and the rest of the top 10 cryptocurrencies by market cap, except Terra’s LUNA token, are following the exact same pattern as bitcoin.