Polkadot’s Gavin Wood to donate $5M to Ukraine, if they post a DOT address

As donations are pouring into various charities to support Ukraine, people are lining up to contribute. In a rather criticized tweet, Gavin Wood, co-founder of Ethereum, and founder of Polkadot, offers $5 million to Ukraine under the condition they post a DOT address. 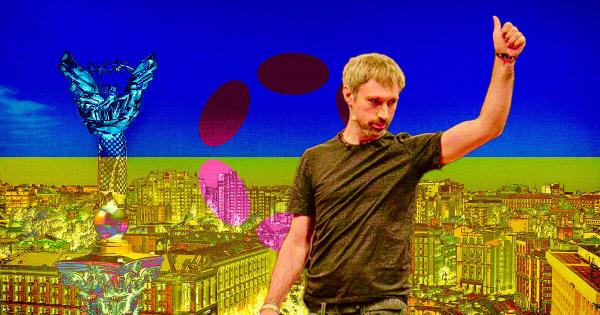 More and more people are donating to the Ukrainian side of the conflict since Russia’s decision to invade the neighboring country. Most of these donations are funneled through traditional means of fundraising and donations, but significant amounts of funds are also coming in via crypto payments.

As reported by CryptoSlate on Friday, while Ukraine’s Ministry of Defense says it can’t officially receive crypto donations, NGOs in the country are taking crypto to help with the conflict. A non-governmental organization supporting the Ukrainian army has reportedly received around $4 million worth of Bitcoin donations alone.

Russia’s invasion of Ukraine has led to outpourings of support on Twitter – and millions of dollars in crypto donations. As of Sunday morning, according to the blockchain analytics firm Elliptic, nearly $17 million had been raised, including $1.86 million from one NFT collection.

In all likelihood, these numbers have increased during the weekend and will continue to do so, and an increasing number of people in the crypto space are lining up to help the Ukrainian war effort.

An old partner of Vitalik’s, Dr. Gavin Wood, co-founder of Ethereum and founder of Polkadot, also took to Twitter in regards to Ukraine donations, in a way that maybe didn’t play out as well.

If you post a DOT address I'll personally contribute $5m.

The post has raised some eyebrows and also a bunch of criticism. Wood has also promoted Subsocial, a Ukrainian crypto project accepting donations in a host of different cryptocurrencies related to the Polkadot system, including DOT tokens. Subsocial are building “The underlying architecture for the social networks of the future, connected to @kusamanetwork and @Polkadot Supported by the @web3foundation, according to their Twitter bio.

It looks to some that Dr. Wood is being selective and is conditioning his eventual donations.

The mostly Ukraine-based @Subsocial team have been building donation functionality into their platform for @Polkadot/@kusamanetwork tokens. Just goes into a wallet controlled by Subsocial currently, but a less trust-bound solution on its way…💙💛 https://t.co/Dy51wWfwvV

Some of the critics are calling Wood’s tweet “a product placement leveraging major global conflict with a 5M price tag.”

It’s not a donation if it has conditions

Though most are cheering such a generous donation, if Wood goes through with it, others less critical also point out that Wood may want to avoid capital gains taxes by paying in DOT tokens, and not converting them to, say, ether (ETH), which would be a taxable event.

Why should he have to pay hundreds of thousands in cap gains if it takes two minutes for them to create an address?