Ethereum’s new Serenity update, which will enable the network to transition from a Proof-of-Work (PoW) to a Proof-of-Stake (PoS) consensus model, has been generating a lot of hype in 2018. 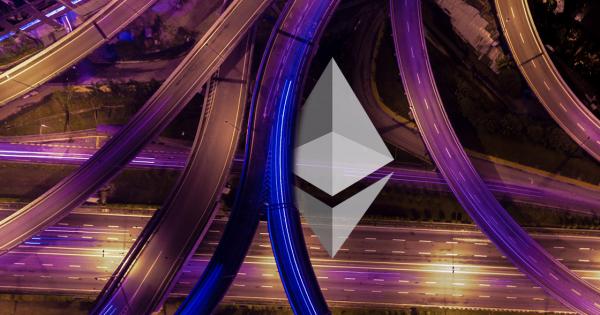 Photo by Ishan @seefromthesky on Unsplash

Ethereum’s new Serenity update, which will enable the network to transition from a Proof-of-Work (PoW) to a Proof-of-Stake (PoS) consensus model, has been generating a lot of hype in 2018. Apart from addressing the problem of scalability, the new chain also drastically reduces the cost for running a staking node in Ethereum 2.0, it was unveiled in a tweet on Nov. 20, 2018.

In a rapidly declining crypto market, news about technical updates to some of the most popular blockchain networks out there has a tendency to go under the radar.

On Oct. 31, Ethereum co-founder Vitalik Buterin spoke about the Ethereum 2.0 upgrade and the basic idea behind the new platform during the Devcon4 conference in Prague.

He spoke about Serenity, the Proof of Stake (POS) protocol that the platform will be using for the Ethereum 2.0 upgrade. Very little technical details were given about the protocol itself, but Buterin did explain what was in the upgrade and what problems it was meant to address.

And while most of the industry was either focused on comparing the new protocol to the standard POW or on the declining value of cryptocurrencies, a Twitter user pointed out one of the main advantages the new consensus will bring to the network.

David Hoffman, a blockchain researcher at Bunker Capital and host of the POV Crypto podcast, said that the new upgrade would significantly reduce the cost of staking.

He tweeted on November 19:

The announcement has caused quite a stir among his followers, many of whom are either active traders or ETH miners.

How Does the New Protocol Benefit the Network?

According to Hoffman, when the Ethereum network changes from PoW to PoS, 32 ETH will be required in order to stake. As staking will replace mining in the new consensus protocol, stakers will be able to receive block rewards and transaction fees.

The rewards enable stakers to receive passive income, earning up to 5 percent of the staked ETH yearly. The decrease in price Ether has seen during the second half of November has certainly impacted this in a positive way, as the loss of value means that the 32 ETH are worth less than $5,000.

The lower price means more stakers could enter the network, adding to its efficiency. Vitalik Buterin spoke on the problems Ethereum had when developing Serenity during his Devcon4 Keynote speech, and said that the new protocol would be a thousand times more scalable than the original PoW concept.

Ethereum to See Casper and Plasma With or Without Vitalik