Ethereum gets big boost ahead of ETH 2.0 as DeFi market completes v-shape recovery

Ethereum will soon see a major network upgrade to ETH 2, possibly by July 2020. 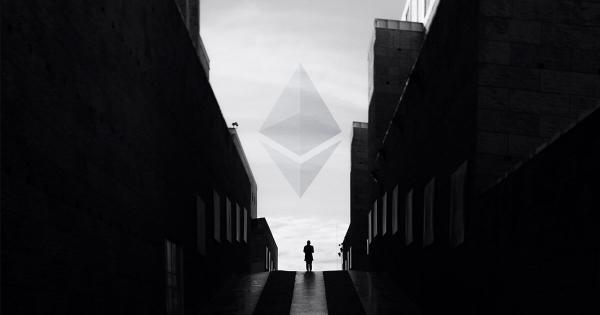 When the cryptocurrency market saw its sharpest pullback in its history less than 60 days ago, the price of Ethereum dropped to as low as $90 across major exchanges.

The sudden price drop of ETH caused a cascade of liquidations in the DeFi space, causing massive instability in the market.

The term DeFi refers to all decentralized financial services carried out on the Ethereum network such as lending, payment processing, and trading.

The largest market within DeFi is lending; users put up ETH as collateral to borrow capital, often in terms of stablecoins. Because Ethereum is used as collateral, lenders are safe in the event of a liquidation of a loan as lenders are compensated with the collateral.

In mid-March, when the price of ETH fell from around $200 to $90 within a space of four days, it caused the DeFi market to crumble.

Borrowers of decentralized loans were forced to provide more ETH as collateral as the value of the asset dropped substantially within a short period of time. As a result, many loans were liquidated overnight.

The total capital that was locked in the DeFi market dropped sharply from $1 billion to $550 million, by 45 percent overnight.

Some suggested the implementation of cryptocurrency market-wide circuit breakers, considering the damage the unprecedented level of volatility imposed on DeFi.

A proposal for an elastic circuit breaker on a DEX https://t.co/0sXZJJvVLO

Shortly after the black swan event, the Ethereum price recovered quickly. The DeFi market eventually rebounded in tandem as the confidence of investors was restored.

As of May 8, the total value locked in terms of USD in DeFi is estimated at $883 million, up a staggering 60 percent since March 12.

The recovery of the DeFi market is critical for the sentiment around Ethereum as it heads into ETH 2.0.

ETH 2.0: the biggest change in the blockchain network’s history

In July, Ethereum is expected to see the biggest change to its upgrade in its history. It will test the proof-of-stake (PoS) consensus algorithm, of which one of the implications is that miners will not exist on the network. The upside is that it can expand the capacity of the Ethereum blockchain network and increase the efficiency of processing data.

“Initially, Ethereum 2.0 will mostly operate as a test network for the new proof of stake consensus system. Most of the economic activity and smart contracts will remain on the original Ethereum network, which will continue to exist as a parallel system to Ethereum 2.0.”

The DeFi market’s performance matters because it arguably remains the most widely-utilized use case of the Ethereum network. If the DeFi market is active and prosperous entering the upgrade to ETH 2.0, it would provide optimism to both users and developers on Ethereum’s long-term growth trend.