Vitalik Buterin recently proposed a new reward scheme for staking Ethereum for when the protocol transitions to proof-of-stake consensus. 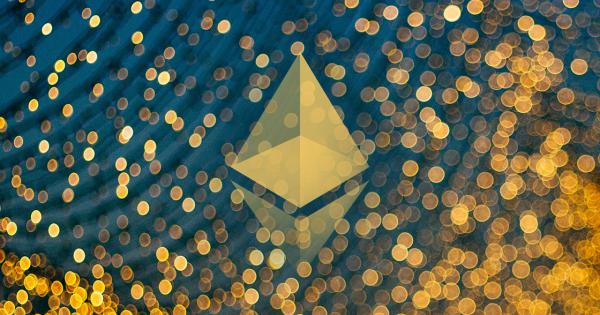 Vitalik Buterin recently proposed a new reward scheme for staking Ethereum for when the protocol transitions to proof-of-stake consensus. The new scheme would provide scaling rewards based on the total amount of ETH locked up in staking.

On Apr. 19th, 2019, Vitalik Buterin—the founder of Ethereum—proposed a change to the staking reward scheme for ETH.

An increasing “max annual return rate” as the amount of “ETH validating” decreases acts as an incentive for more people to participate in staking when proof-of-stake is launched—a design that’s important for security, said one commenting developer.

Another Ethereum developer, JustinDrake, commented “targeting… ~32M ETH [for staking] in the long term feels about right for strong security.” Previously, the base reward was set at a flat 2.54 percent annual interest based on the assumption of 10 million participating ETH:

The new scheme would change the reward and return on investment to reflect the total amount of ether participating in staking. As such, the change is an increase to the staking reward assuming less than 100 million ether participates in the process—a likely scenario, as a few commentators suggested.

Analyzing the Impact of the Change

JustinDrake elaborates that roughly 32 million staked ETH seems healthy, which would give a yield of roughly 3.2 percent with annual inflation at approximately 1 percent. He goes on to say that half of the gas is burnt (assuming another proposal is passed) which would yield inflation of 0.5 percent and validator fees of roughly 5 percent.

In a scenario where less than 33 million ether is staked then “doubling base inflation wouldn’t be unreasonable,” stated JustinDrake.

Given that information, the above proposals are far from solidified. These particulars will continue to change as the Ethereum community makes progress towards the full implementation of proof-of-stake.

With Ethereum (ETH) retreating from all-time highs and settling between $100 and $150, some are suggesting the world’s second largest crypto is losing momentum.

Vitalik Buterin, one of the most influential people in crypto and the figurehead behind Ethereum, recently clarified his fiat holdings in response to an analysis of his transaction history on his main wallet address.