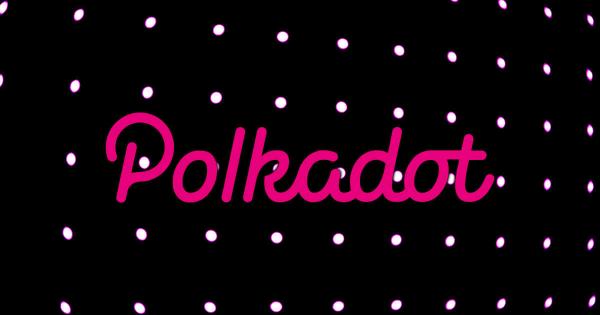 “After two weeks of voting, the results are clear: the community vastly favours a New DOT denomination which is defined as 10,000,000,000 Planck or, put alternatively, a “stock-split” of the original, old DOT by one hundred. Specifically, of the 2.86 million DOT that cast a vote, 2.47 million DOT (that’s 86%) voted in favour of this split. Only around 120 thousand (that’s 4%) voted to keep the old denomination.”

Binance and other major exchanges listed DOT prior to redenomination, on August 18th when we enabled transferability.

What is Polkadot, and why is DOT surging so rapidly?

Polkadot is a blockchain protocol that essentially links multiple specialized blockchain networks into a single protocol.

By allowing numerous blockchains to interoperate in one protocol, it allows more efficient scaling.  The Polkadot team explains:

“Polkadot is a sharded multichain network, meaning it can process many transactions on several chains in parallel, eliminating the bottlenecks that occurred on legacy networks that processed transactions one-by-one.”

Polkadot appears to be seeing a noticeable increase in publicity due to a combination of three factors. The catalysts are the new denomination, major exchange listings, and the demand for scaling.

ETH 2.0, which would bring Ethereum one step closer toward a proof-of-stake (PoS) network, is under progress. Until ETH 2.0 gets deployed, Ethereum could struggle with high fees as a result of surging transactions.

The demand for high capacity and scalable blockchain protocols, alongside second-layer scaling solutions, has increased in recent months.

The confluence of listings by top exchanges and the hype around scalable blockchain protocols and solutions could be behind Polkadot’s upsurge.

The heavy involvement of Wood in the development of Polkadot also appears to be fueling the momentum of the blockchain project.

As a key developer of Ethereum, Wood created the Solidity smart contract programming language and co-founded Parity Technologies. Wood reportedly finished the draft of the Polkadot White Paper in October 2016.

Analysts optimistic around the blockchain protocol

While Polkadot and other multichain blockchains, like Cosmos, might compete with Ethereum, analysts say they would not replace Ethereum.

“I believe in a multi-chain world inter-connected by bridges. Polkadot and Cosmos will not replace Ethereum. Also wouldn’t rule out chains like Near, Solana, AVA, TRON, and others seeing development activity.”

The idea that Polkadot, Cosmos, and other PoS blockchains could co-exist with Ethereum could also buoy the case for the long-term survivability of DOT.

Update on Aug. 25: The article was updated to reflect a few previous inaccuracies.

Top VC: Ethereum is miles ahead of “ETH killers” in this key category