The CEO of Band Protocol on integrating with Binance’s Smart Chain, profitability, and future plans 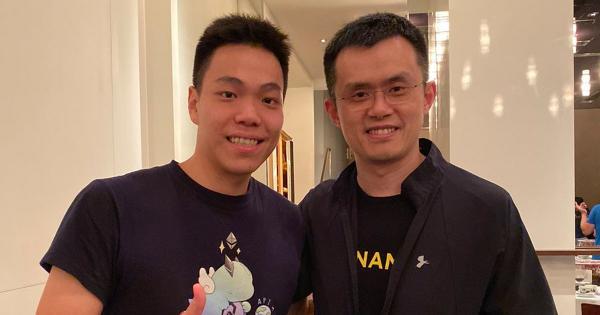 The DeFi industry, a small niche in the larger crypto space just a year ago, has now turned into a massive market with a capitalization of over $15 billion. Such rapid growth, while ultimately positive for the industry, does come with its own shortcomings, with the biggest one being the instability of the oracles that power it.

Changpeng Zhao, the founder and CEO of Binance, said:

“By introducing Band Protocol’s data oracles, Binance Smart Chain allows the global developers to focus on building DeFi products using on-chain and off-chain data retrieved by the oracle system, which will accelerate the growth of the DeFi industry and drive the sustainable development of the blockchain industry.”

Sustainable development, according to Band Protocol’s co-founder and CEO Soravis Srinawakoon, is a key factor that will enable DeFi to complete with more established, centralized finance (CeFi) platforms.

Plagued with limited functionality, Binance Chain wasn’t developer-friendly and couldn’t support the creation of a DeFi system on top of it. Binance’s Smart Chain, on the other hand, has a much more expansive capacity, he explained.

When asked what distinguishes Band Protocol from its competitors, such as Chainlink, Srinawakoon said that it was the fact that Band isn’t based on Ethereum. Band Protocol was purposefully built on the Cosmos SDK and has been designed to mitigate the scalability issues of more common native blockchain or Ethereum-based oracles. This is what allows Band to be much cheaper and much more scalable than any layer 1 blockchain like Ethereum, which is notorious for its congestion issues.

“Our oracle is also very flexible, developers can create customizable oracle scripts to fetch data from any public endpoint whereas other oracles require manual coordination with nodes if they don’t currently support those data.”

Aside from the flexibility, Band Protocol brings full decentralization to Binance Smart Chain—all of Band Protocol’s data providers are required to stake BAND tokens to perform work. With skin in the game and having their work publicly verifiable on-chain, these data providers make Band one of the most efficient oracles on the market, Srinawakoon said.

Keeping an oracle business profitable well into the future

One of the reasons why Band Protocol stands out from the competition is its long-term sustainability. Most, Srinawakoon said, will be pretty short-lived due to exorbitant sponsored feeds or inefficiently decentralized mechanisms. And while this is common across the entire startup ecosystem, where companies they need to heavily subsidize their users as a way to bootstrap their network, Band doesn’t need to subsidize its users.

The protocol works by works by leveraging an independent blockchain secured by delegated-proof-of-stake and built on the Cosmos-SDK. Band’s oracle network works by having validators who source and aggregate data for the smart contracts on the protocol.

To ensure all of these validators are accountable and incentivize their participation in the network, the protocol requires them to stake BAND tokens. All BAND token holders, including the Band Foundation, are able to delegate on behalf of validators to earn inflationary block rewards as well as a portion of the collected data request fees. Just like ETH is used on the Ethereum network, BAND is used to pay the transaction and data request fees on BandChain.

“This means the higher usage of Band oracles, the higher the revenue generated through the network which ultimately rewards all ecosystem stakeholders who secure the oracle network for decentralized applications.”

Thanks to this kind of business model, Band Protocol is able to achieve financial sustainability through oracle network usage and fees—making its profitability independent of price speculation.

When it comes to the company’s plans for the future, both the immediate and the far-off one, Srinawakoon seemed overwhelmingly positive. He said that he expected to see a significant rise in on-chain revenue by the end of this year from the many DeFi protocols and dApps Band Protocol is currently in the process of integrating with. A rise in revenue will make Band Protocol’s data providers sustainable in the long run, even without any price speculation happening around BAND token.

“We have passed the stage of global listing as well as launching our PoA mainnet with oracle functionality. The focus will now be shifted towards adoption and driving sustainability. We will be focusing on integrating and onboarding many more DeFis and decentralized applications in the coming months.”

In line with its mission to accelerate the growth of the DeFi industry, the company has also announced the launch of the Band Protocol Ecosystem Fund. The fund will bring together projects building innovative decentralized applications using Band Protocol’s oracle and enable them to apply for funding.

Soravis Srinawakoon is the CEO and Co-founder of Band Protocol, a tech company focuses on blockchain technology. Learn More