Blockchain network Digibyte (DGB) has seen the price of its native token DGB skyrocket after it was listed on Binance earlier today. 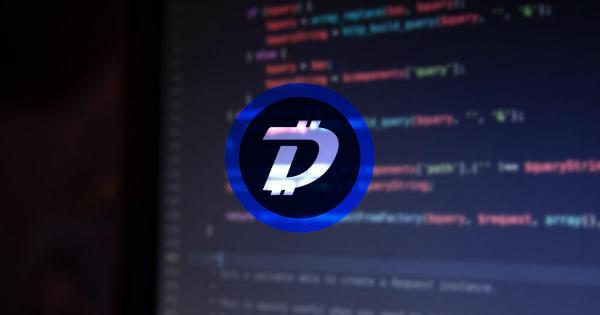 Blockchain network Digibyte (DGB) has seen the price of its native token DGB skyrocket after it was listed on Binance earlier today. The exchange listed the token without any demands from the company and without requiring a listing fee, DigiByte said on Twitter.

Binance announces it has listed DigiByte

DigiByte, a decentralized cryptocurrency network that sought out to compete with Bitcoin back in 2013, has just been listed on Binance.

The exchange announced the news in a blog post earlier today, saying that trading for DGB will be open at 2:00 PM UTC. Binance’s users will be able to trade DGB against three pairs—DGB/BTC, DGB/BNB, and DGB/BUSD.

According to DigiByte, Binance listed the coin without demanding anything from the company and requesting a listing fee.

Thank you @binance for listing $DGB, without any demands or listing fee. The voice of the #DigiByte community was heard. https://t.co/k7raX7dkLq

This is a huge step forward for the company, as this isn’t the first time Binance mulled listing DGB. DigiByte’s founder Jared Tate reported in September last year that Binance requested a $300,000 listing fee and 3 percent of all DGB in circulation in order to list the coin. The exchange reportedly said that the percentage of the circulating supply would be used as “insurance” for their customer against hacks and defects.

Did a video call with the ”Binance” team a few weeks ago. They wanted $300,000 and 3% of all DGB for ”insurance for their customers against blockchain hacks & defects” to list $DGB. Told them that is not possible with a truly decentralized #blockchain like #DigiByte.

Being listed on a trading platform as big as Binance is a huge deal for DigiByte. Despite being one of the oldest cryptocurrencies, created way back in 2013, the network struggled to gain mainstream adoption and find its place on some of the larger exchange platforms.

The coin reacted strongly to the listing, seeing its price increase by almost 30 percent less than two hours after the news broke, jumping from $0.017 to $0.022.

While the enthusiasm seems to have died down around the $0.022 mark, forcing DGB to enter into a consolidation phase that will result in a more realistic price, it certainly managed to lift the coin out of the rut it entered in the second half of June.

DigiByte (DGB) is a UTXO PoW based blockchain with a focus on cybersecurity, digiassets, payments, and secure communications technologies.The DigiByte blockchain was developed in 2013 and released in January 2014 by Jared Tate (Creator & Founder of DigiByte) with an open-source protocol.. Learn more