Decentralization Is Not the Answer

These are turbulent days for crypto. 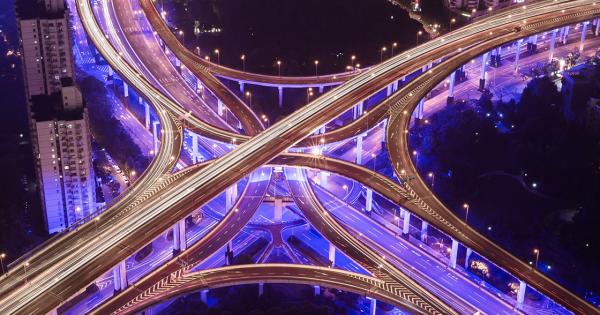 These are turbulent days for crypto. The price of Bitcoin on Coinbase dipped to $3300 in early December, its lowest point since August 2017. The amount of capital raised through ICOs has declined in the second half of 2018, and the flow of U.S. money into new ICOs dried up well before that.

The specter of enforcement looms over the entire space, the U.S. increasingly becoming one of the loudest contingents, following China’s and South Korea’s more Draconian approach to the space. The regulators have mobilized, and the public can hear the pounding of the drum.

Indeed, the action in the U.S. has already started. Two ICOs that did not register their token sale, Airfox and Paragon, recently settled with the SEC and paid hefty fines for selling unregistered securities to investors. Similarly, on November 8th, EtherDelta made headlines when it became the first to be charged with operating an unregistered exchange because the majority of tokens trading today are securities. In September, the New York Attorney General posted a report on these virtual markets. EtherDelta will not be the last crypto exchange to face legal ramifications for the way they conducted business.

Both entrepreneurs and investors are now wary of how enforcement will play out, though they may not have been a year ago. As a result, the market slowed.

The reality is that there would inevitably have been friction between blockchain and government regulators. First, you have decentralization. The ability to transfer assets peer-to-peer, no middlemen, no controls. The mentality of “why shouldn’t I be able to sell something I own to whomever I want if I deem the price fair?” After all, this is how economies have historically functioned, and in many places, bazaars and open-air markets are still widely used along with the barter system and cash transactions.

The second reason for this is protection. When we are talking about the movements of small amounts of money no one cares—including the regulators. Buy, sell, do whatever you want. No one is going to ask any questions. This was the state of crypto for many years. It was too small to be a matter of any consequence.

However, the shift comes as the sum of money involved increases to millions, hundreds of millions, even billions of dollars. At a certain point, everyone cares. If it’s your money, you want to know that it’s protected, whether in a safe investment or secure storage. If it’s someone else’s money, and on a large enough scale, somewhere, a government or regulatory body will start asking questions.

As of November 28, crypto had a market cap of $141B with a 24-hour trading volume of $20B. Cut Bitcoin from the conversation, and you are left with a market cap of $65B and a trading volume of $13B, roughly half of the total market. That’s a lot of money moving around with few monitors and restrictions. Once you look more closely at that money, a troubling issue starts to appear, and that issue lies at the point of conversion from fiat to token: the ICO.

It turns out that the ability for an “entrepreneur” with little business experience to raise tens of millions of dollars through an ICO is probably not good. The failure rate of ICOs is well-documented, and notably worse than the failure rate of a traditional startup. Money is disappearing—or being squandered—on a massive scale, and too little of the capital involved is used for actual business development.

A percentage of this failure rate can be attributed to scams and bad actors tricking people into buying their token, but there is another side to the equation: honest, enterprising entrepreneurs. These are arguably naive entrepreneurs who raise money through an ICO, but raise more than they know what to do with. For example, a software engineer with a dream, a white paper, and no actionable business plan raises $25M with an ICO. What do they do with that much money? They just skipped seed funding and a Series A round and went straight to a Series B—yet they don’t have a functioning product or user base? The logic doesn’t follow, and it also puts these entrepreneurs in situations where they may burn through cash at a rate less than prudent—setting themselves up for failure.

The flaws of traditional funding are the subject of another article (and certainly something I believe needs improvement as, full disclosure, I am the co-founder & CEO of an STO platform).  However, there is something to be said for funding rounds. There is a reason companies don’t raise so much capital all at once, particularly when the company in question is small. Most startups fail, that’s no secret. So why give $25M to an unproven concept? In fact, savvy investors would not, and now we reach the heart of the issue.

The reason regulatory bodies care about crypto is because retail investors are participating and speculating in these markets. Speculation is key here as consumer behavior points to the fact that these crypto tokens, coins, currencies—however you classify them—are securities, not utilities or anything else.

The SEC is mandated by legislation to protect retail investors so that markets are fair and investors are protected. This mandate has been in place since the Great Depression (which was caused by retail investors participating in speculative investments). As the crypto market stands, there are no protections, very few buzzy terms like KYC and AML, and little, if any, disclosures about the investment itself. It’s no surprise that the regulators are coming to break up the party.

Once enforcement takes place, and the market matures around regulated bodies, the landscape will be drastically different. There will certainly be rescissions, in which those who conducted ICOs refund the money to investors (if they are able). Perhaps they will offer their ICO again within securities laws, perhaps not. For those that can’t offer rescissions, there will likely be lawsuits, fines, and possibly jail time.

Tokenizing securities has numerous benefits, among them decreased costs, greater ease of transfer, and faster settlement times (for an in-depth look at the benefits, see Stephen McKeon’s The Security Token Thesis). Plus, with the JOBS Act, security tokens can be sold to the general public in much the same way that ICOs have been conducted. They just need to disclose more information to investors, which costs a little bit more than the do-whatever-you-want method. No surprise there, but those costs are manageable.

In secondary markets, however, things get more interesting. Creating fair markets is hard enough. How can a decentralized exchange prevent pump and dumps, where groups of investors buy and sell together to manipulate prices, or wash trading, in which an individual or small group trades back and forth amongst themselves creating a false sense of liquidity in order to lure in unsuspecting investors?

Even if smart contracts could provide solutions for these issues (and that is a big if), the regulations around the trading of securities mean that secondary markets for these tokens are far more complicated than what a decentralized exchange can handle. They require an oracle, some centralized source of knowledge that is aware of everything in the market: who, what, where, when, and why. Closer examination of a few of these regulatory requirements makes clear why decentralized peer-to-peer trading isn’t an option for securities:

Rule 144 – This rule states that a company executive or a shareholder with 20 percent ownership, or more, cannot trade more than 1% of all of the shares outstanding—or the average weekly trade volume for the previous four weeks—inside a three-month window. A decentralized exchange cannot know this unless it is identifying customers and monitoring trades, which consequently requires a degree of centralization. Therefore, a decentralized exchange cannot stop trades that violate the rule.

12g – This rule states that if a company has over 2,000 accredited investors or over 500 non-accredited investors, it has to become a fully public reporting company. This is incredibly expensive and is a non-starter for small companies. This is a problem for ICOs, as the point of a token sale is to create a large base of token holders for liquidity. However, there’s good news: if a company uses Regulation Crowdfunding or Regulation A to conduct the ICO (which is how you would conduct a public sale of security tokens), the company is exempt from 12g. Tens of thousands of investors could own shares in a company, and that company would not have to become public.

However, there is a caveat to both Regulation Crowdfunding and Regulation A. Both regulations require that the company uses a Registered Transfer Agent (RTA) for secondary trading, and this agent must be registered with the SEC. This means that the tokens could not trade on a decentralized exchange at all, as every trade would have to go through an RTA. A blockchain could reflect the results of the trade, but the RTA—not a smart contract—must execute the trade.

This is why we have developed ERC-1450 at StartEngine, a new security token standard on Ethereum, that eliminates the peer-to-peer transfer function of ERC-20 tokens. Unlike most tokens, ERC-1450 tokens cannot be traded peer-to-peer directly. Instead, ERC-1450 communicates with an RTA before completing any trade in order to comply with Regulation Crowdfunding and Regulation A.

People first looked at blockchain as a means to radically transform markets. Blockchain has the potential to make existing markets more efficient, more transparent, and more liquid. Just because something can be decentralized doesn’t mean it should be. If the very ideal behind decentralized systems is the concept of fair markets and equal access, then there should be some sort of regulator to ensure that fairness and equality exist in the market. This is the purpose of securities laws.

StartEngine is an equity crowdfunding platform that connects startups with investors online. They were involved in pressing the Securities and Exchange Commission to establish rules for new Regulation A funding options under the JOBS Act passed in 2012.