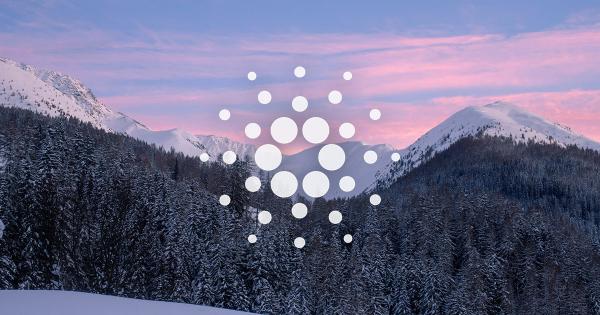 This year’s World Economic Forum in Davos has opened many new doors for Cardano. The Cardano delegation, which included the Cardano Foundation, IOHK, and Emurgo, said that several partnerships and collaborations are currently in the works, with many more letters of intent and contacts made along the way.

As part of its effort to commercialize Cardano, the Cardano Foundation has been knee-deep in promoting the ambitious blockchain project at its biggest stage yet—the World Economic Forum at Davos.

In a video update posted on the foundation’s YouTube channel, Azimkanov said that the 10- strong delegation had the opportunity to exchange ideas and share insights at one of the most important gatherings on the planet.

The delegation met with leading academics, top executives, and politicians from all around the world, participating in multiple roundtables. Both Nathan Kaiser, a chairman at the Cardano Foundation, and Charles Hoskinson, the CEO of IOHK, spoke of the evolution and future of fintech, discussing everything from financial markets to concrete solutions for security token exchanges.

Significant partnerships in the works for Cardano

However, the Cardano delegation wasn’t all talk. Significant and meaningful results were seen even before the forum officially ended, Azimkanov said. The meetings the delegation held throughout the duration of the event resulted in letters of intent, collaborations, and agreements.

The project’s strong science background and research-first approach made the delegation an important contributor to academic roundtables. At one of those roundtables, which were attended by the Massachusetts Institute of Technology and Harvard University, the meeting resulted in the approval of a research grant request from Harvard’s Berkman Klein Center to study blockchain governance.

While Azimkanov didn’t reveal details about all the letters of intent the delegation received, he announced several new partnerships with concrete goals. A collaboration has been established with DUST Identity, a tech company focused on developing diamond dust identification technology, which will lead to greater transparency and accountability for global organizations, he said.

The delegation also established a relationship with Finka, a Swiss-based non-profit organization, to apply blockchain technology to cattle farming and make cattle a viable asset class.

LO3 Energy, a US-based provider of local energy solutions platform, could be one of Cardano’s launch partners for Goguen, the smart-contract era of the blockchain. The following months could also see Cardano Connector being developed. According to a blog post from Cardano, the blockchain-enabled product and authenticity tool will be an integration of ScanTrust’s Proof-of-Concept.

When it comes to ADA issuance, Cardano is set to work alongside GenTwo to bring ADA-denominated structured finance products to the market.

Cardano announced the launch of the Yoroi Shelley extension 2.4.0 for both Chrome and Firefox users.