CoinShares data reveals a spike of inflows towards Cardano and Ethereum as compared to Bitcoin whose prices have taken a sudden plunge on Tuesday. 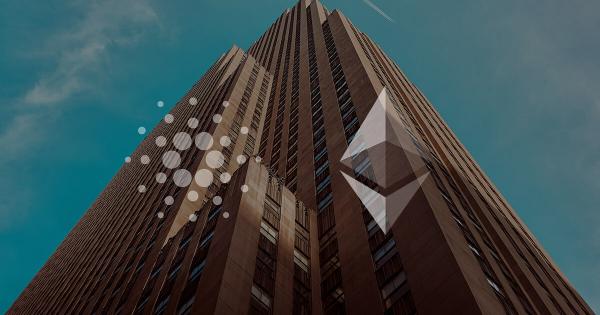 CoinShares data brought forth an interesting highlight that discusses investors’ renewed interest in altcoins such as Cardano and Ethereum. It mentions that the inflows towards Cardano have recorded a notable surge this week, nearly equaling the influx of Ethereum and bringing the total year-to-date amount to $108 million

CoinShares further stated that the recent inflow of capital in Cardano and Ethereum might have attracted more investors to invest in altcoins other than Bitcoin.

The firm also stated that the fluctuation in prices of Bitcoin combined with slow investment inflow has affected its market dominance. “Bitcoin saw the majority of inflows totaling $98 million, pushing [assets under management] to a record $56 billion. This is despite its dominance (relative performance) versus altcoins waning over the week,” it said.

Despite the positive inflows that the overall digital asset investment product market has witnessed this week( amounting to $151 million), CoinShares reported that these numbers are “subdued” as compared to the figures observed earlier this year.

“Although flows have been positive recently, we have witnessed subdued volumes in 2H, averaging $750 million daily versus $960 million in 1H 2021,” the report said.

The newly reported prices of Solana, Polkadot, and XRP inflows have been recorded at 9.8 million, 5.2 million, and $3.1 million respectively. The firm has not yet identified the catalyst contributing to the surge of Cardano and Ethereum, but has attributed the advancement of such coins to “increasing positive investor sentiment for world computer coins.”

Many financial experts in the past have reiterated positive opinions towards altcoins while some of them have said they are could be a better investment option than even Bitcoin.

Cardano has finally transitioned to Shelley, this allows a fully decentralized network that is running and secured by users staked funds. 5 min read

The second-ever Cardano fund is in full effect, with three of the dozens of projects now competing for a part of the 2 million ADA fund presented on the Cardano Effect podcast. 4 min read

For the longest time, Ethereum has been the king of smart-contract blockchains. 2 min read