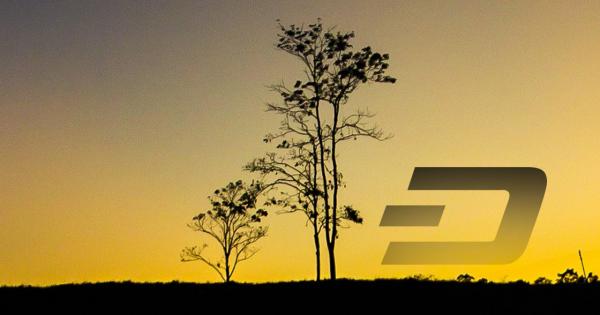 Eugenia Alcalá, the CEO of Dash Venezuela, issued a statement following embezzlement accusations against Dash Merchant Venezuela, a separate Dash-funded organization. Some in the community are still outraged. Meanwhile, the CEO apologized for delays in delivering its balance sheet and praised the team for its “positive achievements.”

Dash Merchant Venezuela, the team tasked with increasing adoption of the Dash cryptocurrency in the country, has faced accusations of embezzlement and manipulation from its community.

The accusations stem from Dash Watch, a website ran by other Dash enthusiasts. At the beginning of 2019, the website published financial reports for last quarter of 2018, which showed missing funds. The reports accused the team and local merchants of providing false data around salary payouts.

Over $64,000 in salaries was allegedly left unaccounted for after the audit. After receiving the report, some Masternode Operators (those who are able to vote on proposals and allocate funds in DASH) and general community members were outraged.

Response from the Community

The discussion section for one of the more recent funding proposals put forward by the Dash Merchant Venezuela team captures some of the community’s sentiment:

“I have been one of the biggest supporters of this and all projects involved with getting Dash integrated into Venezuela… I’ve voted for all their proposals up to now (as well as this one), and have personally donated to their projects. However, after the revelations about their falsifying financial data, I’ve changed my vote to a “No” vote for this specific proposal. I don’t think such behavior can be rewarded and go unpunished,” said one Masternode Operator.

Another Masternode Operator went as far as to call the high salaries that managers of the project in Venezuela were paying themselves “embezzlement”:

“… they are rubber-stamping high US-$ ‘salaries’ for themselves in one of the cheapest countries of the western hemisphere. Does McDonald’s pay their branch managers in Venezuela 3,000 US-$ a month ??? No. They pay them the regular local salary. We are talking here that these two guys are letting the DAO [DASH’s treasury mechanism] funds rain down over themselves to an extent that they are earning 500 times a normal salary per month. THIS IS CALLED EMBEZZLEMENT.”

Another community member was more forward with the accusations:

“DASH MERCHANT VENEZUELA WAS SET UP TO DEFRAUD THE DAO AND HAS EMBEZZLED AND STOLEN/MISAPPROPRIATED OVER 64,000 USD OF PROPOSAL FUNDS TO DATE.”

However, there were also some who defended the results of the team and suggested that the lapse of financial reporting was circumstantial:

“Yes, these young and inexperienced guys made a mistake of judgement to try and protect themselves from further attacks. Not just physical attack in Venezuela but also attacks from a small group of individual hell bent on destroying their project work and DASH Watch who ran an extremely in-depth detailed analysis of every aspect of only the financial’s of this project that had the Dash merchant team working full time 7 whole days to provide all the details that DASH Watch wanted.“

Overall, the vote to fund the team’s “Dash Merchant Venezuela 5000 Merchants” proposal is contentious, with 390 yes votes, 394 no votes, and 76 abstentions so far.

The Venezuela team was quick to address the issue, apologizing for the false information they provided. The merchant team said that they published fake information for “privacy and personal safety concerns,” explaining that they were afraid of the political situation in the country. Alejandro Echeverria, one of the co-founders of the team had this to say:

“We didn’t want our salaries and our employee’s salaries to be disclosed due to the high risk this involves. We have, however, agreed to provide it privately with Dash Watch. We have already provided the accurate information to them and will continue to cooperate as much as we can. We still made a mistake and we say sorry.”

“We deeply regret the new difficulties facing the Dash Merchant team, whom we consider talented people. We are sure that they will be able to respond to the concerns of the entire community,” the company said in the statement.

The team also noted that they encouraged regular and transparent debates on social media, but will work with developers to verify all of the users participating in such discussions. The statement cited the example of users impersonating the identity of Eugenia Alcalá, the CEO of Dash Venezuela.

The team also addressed the issue of the late delivery of their balance sheets to the community. The economic crisis in Venezuela had forced the company to “carry out a deep process of internal restructuring,” which caused a delay in publishing last year’s balance sheets. The team accepted responsibility for the delay and invited the community to review the published documents.

Last year’s performance allegedly shows that Dash is on its way to turning Venezuela in the first “crypto nation” in the world.

Eugenia Alcalá said that the company managed to reach “important numbers” when it came to training, adoption, downloading of wallets, and extensive brand positioning in Venezuela. The team at Dash Venezuela reportedly gave over 100 interviews both to local and international media outlets, a testament to the increasing adoption of the coin.

Updated Feb. 8th, 00:00 PST: Clarified title and introductory paragraph by mentioning that Dash Venezuela and Dash Merchant Venezuela are separate entities within Dash. Change made at request of Dash Venezuela.

After a referendum was launched to demote Dash CEO Ryan Taylor due to missed deadlines, one disgruntled Dash community member put the privacy coin’s decentralized governance model to the test.

Venezuelans have taken to Bitcoin for liberation as the country struggles with runaway inflation.

The once prosperous country of Venezuela has been struggling.

The thousands of people trying to get out of Venezuela will soon have another hurdle in their path: the inability to buy a passport without enough of the country’s new cryptocurrency Petro.