Bitcoin’s Taproot upgrade is nearly here, but what is it all about and what does it mean for Bitcoin’s future? 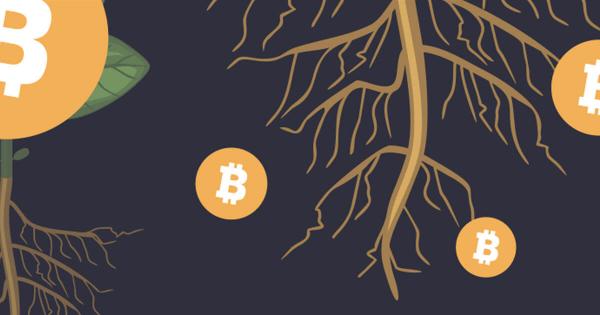 Bitcoin hasn’t had a major upgrade since 2017, when it implemented SegWit. This last upgrade created havoc in the Bitcoin community, leading to a group of miners and developers pulling away in the form of a hard fork, creating Bitcoin Cash in the process. But, 4 years later and it’s time for Bitcoin’s latest major upgrade – Taproot.

But, what is Taproot and why is it so important for Bitcoin and its longevity? The experts at CryptoMeister have been following the upgrade closely and are here to explain Taproot in all its glory.

What is the Taproot Upgrade?

The Taproot upgrade that goes live through a hard fork on 16 November 2021 will bring in 3 new Bitcoin Improvement Proposals (BIPs), all merging together to become the latest version of Bitcoin. Prominent Bitcoin developer Greg Maxwell proposed BIP-340, 341 and 342 back in January 2020. By the end of 2020, these 3 proposals had 74% adoption by miners. By mid-2021, the approval rate was above 90%, meaning that these 3 proposals are finally ready to be rolled out.

BIP-340 introduces the main component of Taproot, deploying a feature known as Schnnorr signatures. This helps to fix some privacy and space issues that SegWit introduced back in 2017. BIP-341 introduces Merkelized abstract syntax trees (MASTs) to make smart contracts on Bitcoin more secure. Finally, BIP-342 will introduce a new scripting language to Bitcoin that compliments the other 2 BIPs and makes future upgrades to the Bitcoin network possible through soft forks, rather than hard forks.

That’s Taproot in a nutshell, but let’s dive into a little more detail on each BIP, giving you the in-depth rundown of everything that’s going on.

BIP-340 is arguably the most important component of this upgrade, as without it none of the others would be possible. Bitcoin uses an elliptic curve digital signature algorithm (ECDSA), which allows users to generate public and private keys. It also enables users to sign a transaction using a private key, only revealing the public key.

That’s all pretty standard and it works well. It also allows more than 1 key to sign a transaction, but that causes privacy issues and larger transaction sizes. When 2 or more signatures are used in a transaction, 2 or more public keys are exposed, which is unnecessary and reduces privacy. It also makes the transaction larger and this takes up more space in the block, resulting in fewer unique transactions being able to fit inside a single block.

BIP-340 adds in Schnnorr signatures which allows for key aggregation. This combines all of the keys from a transaction into a single key. This means that only 1 key is exposed, making multi-sig transactions more privacy-focused. It also means that the transaction is smaller, allowing more transactions to fit in each block.

Simple wallets will automatically enable these features, meaning that the average user has nothing to worry about or any extra options to click. If you’re using a more advanced wallet designed for power users, then you will have a few new options to play with when making a transaction.

BIP-341 is where the whole upgrade gets its name from. It introduces a feature known as Taproot which is aimed at smart contracts running on Bitcoin. It’s a privacy solution that utilizes Schnnorr signatures which are being introduced with BIP-340. It will use Schnnorr signatures to create MASTs that will use Merkle Trees in order to make smart contracts more private and secure. One BIP-341 goes live, only the condition that made a smart contract pass will be revealed, rather than all the conditions that it failed on.

As a Bitcoin smart contract user, you won’t need to do anything to make use of this feature, it’ll be automatically applied once the hard fork is complete.

Finally, we come to BIP-342. This will introduce a feature known as Tapscript, which is a scripting language. Tapscript compliments Taproot and Schnnorr signatures by improving signature hashing. It also gives Bitcoin smart contracts more flexibility and freedom by removing the 10,000-byte size limit. This gives developers more freedom to create Bitcoin smart contracts that have exciting and useful features. BIP-342 also enables tagged public keys, meaning that it’s easier to perform upgrades through soft forks, preparing Bitcoin for the future and growth that is ahead.

What Does Taproot Mean for Bitcoin?

Taproot goes live on 16 November 2021, meaning that there’s not long left until these 3 BIPs go live. The fact that more than 90% of miners have approved the upgrade is reassuring, meaning that we won’t see a hash war like we did when Bitcoin Cash and Bitcoin SV went to war in 2018. The new mainnet code has been peer-reviewed by more than 150 developers, which gives us confidence that we shouldn’t see any network-breaking issues occur.

For the most part, the average Bitcoin user won’t notice or feel any impact from the Taproot upgrade. If you’re a Lightning Network user, then you’ll benefit from cheaper fees and faster confirmation time when opening and closing channels. Also, if you use smart contracts, you can do so knowing that your data and history is more secure than it has ever been on Bitcoin.

Core wallet users will need to upgrade their client to the new version, but for everyone else, there’s nothing to do. It should be a smooth and seamless transition to the new Taproot upgrade. The upgrade will complete from 1 block to the next, meaning that there’s no downtime at all.

Taproot is an exciting upgrade that is laying the foundations for Bitcoin to continue expanding, growing and developing. There will likely be no negative repercussions once the upgrade goes live. So, let’s all sit back, relax and watch the upgrade take place!

Disclosure: This is a sponsored post brought to you by CryptoMeister.